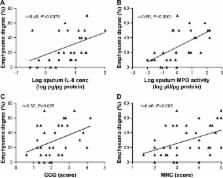 R. Gardner,  R Crapo,  A.-B. Morris (1981)
Forced expiratory volumes and flows were measured in 251 healthy nonsmoking men and women using techniques and equipment that meet American Thoracic Society (ATS) recommendations. Linear regression equations using height and age alone predict spirometric parameters as well as more complex equations using additional variables. Single values for 95% confidence intervals are acceptable and should replace the commonly used method of subtracting 20% to determine the lower limit of normal for a predicted value. Our study produced predicted values for forced vital capacity and forced expiratory volume in one second that were almost identical to those predicted by Morris and associates (1) when the data from their study were modified to be compatible with the back extrapolation technique recommended by the ATS. The study of Morris and colleagues was performed at sea level in rural subjects, whereas ours was performed at an altitude of 1,400 m in urban subjects. Either the present study or the study of Morris and co-workers, modified to back extrapolation, could be recommended for predicting normal values.

Jonathan Cole (1985)
A short-lived, controlled inflammatory response by the host is required to protect against incursions by foreign material into the upper and lower respiratory tract. If this response fails to eliminate the aggressor, inflammation is amplified and becomes chronic in an attempt to rectify the situation. This unsuccessful response is poorly controlled and caused damage to surrounding normal tissue, leading to progressive disease. Hence, inflammation can be helpful or harmful--a two-edged sword. Chronic bronchial sepsis, of which bronchiectasis is an example, and chronic sinusitis display the hallmarks of this 'vicious circle' of host-mediated, inflammatory tissue damage and provide a useful model in man in which to ask questions, the answers to which provide valuable information about the pathogenesis of chronic inflammatory disease of the lung.