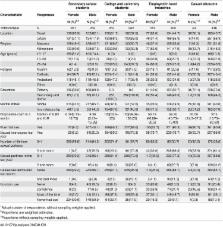 Alcohol use is a global public health problem, including as a risk factor for HIV infection, but few data are available on the epidemiology of alcohol use and alcohol use disorders (AUD) among young people in sub-Saharan Africa.

We conducted a cross-sectional survey among 4 groups of young people aged 15–24 years old (secondary school students, college/university students, employees of local industries and casual labourers) in two regions (Kilimanjaro and Mwanza) of northern Tanzania. Using a multistage stratified random sampling strategy, we collected information on demographics, alcohol use, and behavioural factors. We screened severity of alcohol use using the Alcohol Use Disorder Identification Test (AUDIT) and estimated the quantity and frequency of alcohol consumption using the timeline-follow-back-calendar (TLFB) method.

A total of 1954 young people were surveyed. The prevalence of reported alcohol use was higher among males (47–70% ever users and 20–45% current users) than females (24–54% ever users and 12–47% current users). Prevalence of use was substantially higher in Kilimanjaro than Mwanza region. In both regions, participants reported high exposure to alcohol advertisements, and wide alcohol availability. College students reported the highest prevalence of current alcohol use (45% among males; 26% among females) and of heavy episodic drinking (71% among males; 27% among females) followed by casual labourers. Males were more likely to have AUD (an AUDIT score ≥8) than females, with 11–28% of males screening positive for AUD. Alcohol use was associated with male gender, being in a relationship, greater disposable income, non-Muslim religion and a higher number of sexual partners.

Alcohol use is a significant problem among young people in northern Tanzania. There is an urgent need to develop, pilot and deliver interventions to help young people delay initiation and reduce levels of harmful drinking, particularly among college students and casual labourers.

Epidemiology of alcohol and other drug use among American college students.

P. O'Malley,  Emma L. Johnston (2002)
This article provides information on the extent of alcohol use and other drug use among American college students. Five different sources of data are examined for estimating recent levels of alcohol (and other drug) use among college students: Harvard School of Public Health College Alcohol Study (CAS), the Core Institute (CORE), Monitoring the Future (MTF), National College Health Risk Behavior Survey (NCHRBS) and National Household Survey on Drug Abuse (NHSDA). Alcohol use rates are very high among college students. Approximately two of five American college students were heavy drinkers, defined as having had five or more drinks in a row in the past 2 weeks. Alcohol use is higher among male than female students. White students are highest in heavy drinking, black students are lowest and Hispanic students are intermediate. Use of alcohol--but not cigarettes, marijuana and cocaine--is higher among college students than among noncollege age-mates. Longitudinal data show that, while in high school, students who go on to attend college have lower rates of heavy drinking than do those who will not attend college. Both groups increase their heavy drinking after high school graduation, but the college students increase distinctly more and actually surpass their nonstudent age-mates. Trend data from 1980 to 1999 show some slight improvement in recent years. Despite improvements in the past 20 years, colleges need to do more to reduce heavy alcohol use among students.

A systematic review of the impact of alcohol use disorders on HIV treatment outcomes, adherence to antiretroviral therapy and health care utilization.

Kristen M. J. Azar,  Charles Springer,  F Altice … (2010)
Alcohol use disorders (AUDs) are highly prevalent and associated with non-adherence to antiretroviral therapy, decreased health care utilization and poor HIV treatment outcomes among HIV-infected individuals. To systematically review studies assessing the impact of AUDs on: (1) medication adherence, (2) health care utilization and (3) biological treatment outcomes among people living with HIV/AIDS (PLWHA). Six electronic databases and Google Scholar were queried for articles published in English, French and Spanish from 1988 to 2010. Selected references from primary articles were also examined. Selection criteria included: (1) AUD and adherence (N=20); (2) AUD and health services utilization (N=11); or (3) AUD with CD4 count or HIV-1 RNA treatment outcomes (N=10). Reviews, animal studies, non-peer reviewed documents and ongoing studies with unpublished data were excluded. Studies that did not differentiate HIV+ from HIV- status and those that did not distinguish between drug and alcohol use were also excluded. Data were extracted, appraised and summarized. Our findings consistently support an association between AUDs and decreased adherence to antiretroviral therapy and poor HIV treatment outcomes among HIV-infected individuals. Their effect on health care utilization, however, was variable. Copyright © 2010 Elsevier Ireland Ltd. All rights reserved.

The work was supported by the STRIVE RPC, an international research consortium funded by the UK Department for International Development (DFID) to investigate structural drivers of HIV. The views expressed in this work do not necessarily reflect the official policies of the funding agency. HW, SK and HG receive salary support from the Medical Research Council (MRC) of the United Kingdom. The funders had no role in study design, data collection and analysis, decision to publish, or preparation of the manuscript.