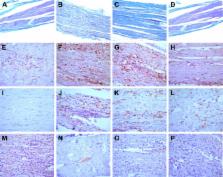 Guillain–Barré syndrome is an acute inflammatory demyelinating polyneuropathy that is characterized histologically by demyelination of peripheral nerves and nerve roots, infiltrates of T lymphocytes, and an inflammatory response that includes macrophage infiltrates. The aim of this study was to evaluate the effects of vasoactive intestinal peptide (VIP) in a rat model of experimental autoimmune neuritis (EAN).

In a rat model of EAN, treatment with VIP resulted in functional improvement, reduced nerve inflammation, and decreased serum levels of inflammatory cytokines.

Satoshi Kuwabara (2003)
Guillain-Barré syndrome (GBS) is clinically defined as an acute peripheral neuropathy causing limb weakness that progresses over a time period of days or, at the most, up to 4 weeks. GBS occurs throughout the world with a median annual incidence of 1.3 cases per population of 100 000, with men being more frequently affected than women. GBS is considered to be an autoimmune disease triggered by a preceding bacterial or viral infection. Campylobacter jejuni, cytomegalovirus, Epstein-Barr virus and Mycoplasma pneumoniae are commonly identified antecedent pathogens. In the acute motor axonal neuropathy (AMAN) form of GBS, the infecting organisms probably share homologous epitopes to a component of the peripheral nerves (molecular mimicry) and, therefore, the immune responses cross-react with the nerves causing axonal degeneration; the target molecules in AMAN are likely to be gangliosides GM1, GM1b, GD1a and GalNAc-GD1a expressed on the motor axolemma. In the acute inflammatory demyelinating polyneuropathy (AIDP) form, immune system reactions against target epitopes in Schwann cells or myelin result in demyelination; however, the exact target molecules in the case of AIDP have not yet been identified. AIDP is by far the most common form of GBS in Europe and North America, whereas AMAN occurs more frequently in east Asia (China and Japan). The prognosis of GBS is generally favourable, but it is a serious disease with a mortality of approximately 10% and approximately 20% of patients are left with severe disability. Treatment of GBS is subdivided into: (i) the management of severely paralysed patients with intensive care and ventilatory support; and (ii) specific immunomodulating treatments that shorten the progressive course of GBS, presumably by limiting nerve damage. High-dose intravenous immunoglobulin (IVIg) therapy and plasma exchange aid more rapid resolution of the disease. The predominant mechanisms by which IVIg therapy exerts its action appear to be a combined effect of complement inactivation, neutralisation of idiotypic antibodies, cytokine inhibition and saturation of Fc receptors on macrophages. Corticosteroids alone do not alter the outcome of GBS.