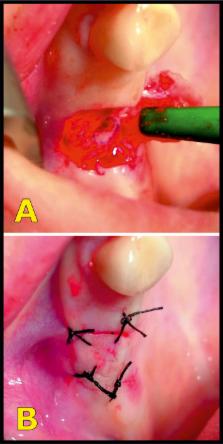 Implant-Insertion-Torque-Value (ITV) proved to be a significant clinical parameter to predict long term implant success-rates and to decide upon immediate loading. The study evaluated ITVs, when four different and commonly used biomaterials were used in sinuslift-procedures compared to natural subantral bone in two-stage-implant-procedures. The tHUCSL-INTRALIFT-method was chosen for sinuslifting in 155 sinuslift-sites for its minimal invasive transcrestal approach and scalable augmentation volume. Four different biomaterials were inserted randomly (easy-graft CRYSTAL n = 38, easy-graft CLASSIC n = 41, NanoBone n = 42, BioOss n = 34), 2 ccm in each case. After a mean healing period of 8,92 months uniform tapered screw Q2-implants were inserted and Drill-Torque-Values (DTV) and ITV were recorded and compared to a group of 36 subantral sites without need of sinuslifting. DTV/ITV were processed for statistics by ANOVA-tests. Mean DTV/ITV obtained in Ncm were: Control Group 10,2/22,2, Bio-Oss 12,7/26,2, NanoBone 17,5/33,3, easy-graft CLASSIC 20,3/45,9, easy-graft CRYSTAL 23,8/56,6 Ncm, significance-level of differences throughout p < 0,05. Within the limits of this study the results suggest self-hardening solid-block-like bone-graft-materials to achieve significantly better DTV/ITV than loose granulate biomaterials for its suspected improvement of vascularization and mineralization of the subantral scaffold by full immobilization of the augmentation site towards pressure changes in the human sinus at normal breathing.

Kip Connor,  Tadanori Mammoto,  Gustavo Mostoslavsky … (2009)
Angiogenesis is controlled by physical interactions between cells and extracellular matrix as well as soluble angiogenic factors, such as VEGF. However, the mechanism by which mechanical signals integrate with other microenvironmental cues to regulate neovascularization remains unknown. Here we show that the Rho inhibitor, p190RhoGAP (also known as GRLF1), controls capillary network formation in vitro in human microvascular endothelial cells and retinal angiogenesis in vivo by modulating the balance of activities between two antagonistic transcription factors, TFII-I (also known as GTF2I) and GATA2, that govern gene expression of the VEGF receptor VEGFR2 (also known as KDR). Moreover, this new angiogenesis signalling pathway is sensitive to extracellular matrix elasticity as well as soluble VEGF. This is, to our knowledge, the first known functional cross-antagonism between transcription factors that controls tissue morphogenesis, and that responds to both mechanical and chemical cues.

Liesbet Geris,  Alf Gerisch,  Brad R Weiner … (2008)
The process of fracture healing involves the action and interaction of many cells, regulated by biochemical and mechanical signals. Vital to a successful healing process is the restoration of a good vascular network. In this paper, a continuous mathematical model is presented that describes the different fracture healing stages and their response to biochemical stimuli only (a bioregulatory model); mechanoregulatory effects are excluded here. The model consists of a system of nonlinear partial differential equations describing the spatiotemporal evolution of concentrations and densities of the cell types, extracellular matrix types and growth factors indispensable to the healing process. The model starts after the inflammation phase, when the fracture callus has already been formed. Cell migration is described using not only haptokinetic, but also chemotactic and haptotactic influences. Cell differentiation is controlled by the presence of growth factors and sufficient vascularisation. Matrix synthesis and growth factor production are controlled by the local cell and matrix densities and by the local growth factor concentrations. Numerical simulations of the system, using parameter values based on experimental data obtained from literature, are presented. The simulation results are corroborated by comparison with experimental data from a standardised rodent fracture model. The results of sensitivity analyses on the parameter values as well as on the boundary and initial conditions are discussed. Numerical simulations of compromised healing situations showed that the establishment of a vascular network in response to angiogenic growth factors is a key factor in the healing process. Furthermore, a correct description of cell migration is also shown to be essential to the prediction of realistic spatiotemporal tissue distribution patterns in the fracture callus. The mathematical framework presented in this paper can be an important tool in furthering the understanding of the mechanisms causing compromised healing and can be applied in the design of future fracture healing experiments.

Ilser Turkyilmaz,  Edwin A McGlumphy (2008)
Background The aim of the present clinical study was to determine the local bone density in dental implant recipient sites using computerized tomography (CT) and to investigate the influence of local bone density on implant stability parameters and implant success. Methods A total of 300 implants were placed in 111 patients between 2003 and 2005. The bone density in each implant recipient site was determined using CT. Insertion torque and resonance frequency analysis were used as implant stability parameters. The peak insertion torque values were recorded with OsseoCare machine. The resonance frequency analysis measurements were performed with Osstell instrument immediately after implant placement, 6, and 12 months later. Results Of 300 implants placed, 20 were lost, meaning a survival rate of %. 93.3 after three years (average 3.7 ± 0.7 years). The mean bone density, insertion torque and RFA recordings of all 300 implants were 620 ± 251 HU, 36.1 ± 8 Ncm, and 65.7 ± 9 ISQ at implant placement respectively; which indicated statistically significant correlations between bone density and insertion torque values (p < 0.001), bone density and ISQ values (p < 0.001), and insertion torque and ISQ values (p < 0.001). The mean bone density, insertion torque and RFA values were 645 ± 240 HU, 37.2 ± 7 Ncm, and 67.1 ± 7 ISQ for 280 successful implants at implant placement, while corresponding values were 267 ± 47 HU, 21.8 ± 4 Ncm, and 46.5 ± 4 ISQ for 20 failed implants; which indicated statistically significant differences for each parameter (p < 0.001). Conclusion CT is a useful tool to determine the bone density in the implant recipient sites, and the local bone density has a prevailing influence on primary implant stability, which is an important determinant for implant success.