Heads, Tails, and Tools: Morphogenesis of a Giant Single-Celled Organism 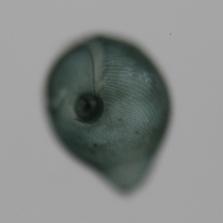 The author has declared that no competing interests exist.