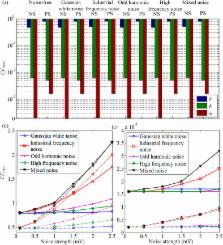 Real-time estimation of dynamical characteristics of thalamocortical cells, such as dynamics of ion channels and membrane potentials, is useful and essential in the study of the thalamus in Parkinsonian state. However, measuring the dynamical properties of ion channels is extremely challenging experimentally and even impossible in clinical applications. This paper presents and evaluates a real-time estimation system for thalamocortical hidden properties. For the sake of efficiency, we use a field programmable gate array for strictly hardware-based computation and algorithm optimization. In the proposed system, the FPGA-based unscented Kalman filter is implemented into a conductance-based TC neuron model. Since the complexity of TC neuron model restrains its hardware implementation in parallel structure, a cost efficient model is proposed to reduce the resource cost while retaining the relevant ionic dynamics. Experimental results demonstrate the real-time capability to estimate thalamocortical hidden properties with high precision under both normal and Parkinsonian states. While it is applied to estimate the hidden properties of the thalamus and explore the mechanism of the Parkinsonian state, the proposed method can be useful in the dynamic clamp technique of the electrophysiological experiments, the neural control engineering and brain-machine interface studies.

Wulfram Gerstner,  Romain Brette (2005)
We introduce a two-dimensional integrate-and-fire model that combines an exponential spike mechanism with an adaptation equation, based on recent theoretical findings. We describe a systematic method to estimate its parameters with simple electrophysiological protocols (current-clamp injection of pulses and ramps) and apply it to a detailed conductance-based model of a regular spiking neuron. Our simple model predicts correctly the timing of 96% of the spikes (+/-2 ms) of the detailed model in response to injection of noisy synaptic conductances. The model is especially reliable in high-conductance states, typical of cortical activity in vivo, in which intrinsic conductances were found to have a reduced role in shaping spike trains. These results are promising because this simple model has enough expressive power to reproduce qualitatively several electrophysiological classes described in vitro.

Jeremy McIntyre,  N Thakor,  L Sherman … (2004)
Deep brain stimulation (DBS) is an effective therapy for medically refractory movement disorders. However, fundamental questions remain about the effects of DBS on neurons surrounding the electrode. Experimental studies have produced apparently contradictory results showing suppression of activity in the stimulated nucleus, but increased inputs to projection nuclei. We hypothesized that cell body firing does not accurately reflect the efferent output of neurons stimulated with high-frequency extracellular pulses, and that this decoupling of somatic and axonal activity explains the paradoxical experimental results. We studied stimulation using the combination of a finite-element model of the clinical DBS electrode and a multicompartment cable model of a thalamocortical (TC) relay neuron. Both the electric potentials generated by the electrode and a distribution of excitatory and inhibitory trans-synaptic inputs induced by stimulation of presynaptic terminals were applied to the TC relay neuron. The response of the neuron to DBS was primarily dependent on the position and orientation of the axon with respect to the electrode and the stimulation parameters. Stimulation subthreshold for direct activation of TC relay neurons caused suppression of intrinsic firing (tonic or burst) activity during the stimulus train mediated by activation of presynaptic terminals. Suprathreshold stimulation caused suppression of intrinsic firing in the soma, but generated efferent output at the stimulus frequency in the axon. This independence of firing in the cell body and axon resolves the apparently contradictory experimental results on the effects of DBS. In turn, the results of this study support the hypothesis of stimulation-induced modulation of pathological network activity as a therapeutic mechanism of DBS.

Bursting of thalamic neurons and states of vigilance.