Comparative effect and safety of verapamil in keloid and hypertrophic scar treatment: a meta-analysis 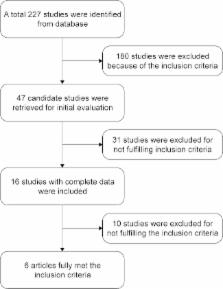 Keloids and hypertrophic scars are the most common types of pathological scarring. Traditionally, keloids have been considered as a result of aberrant wound healing, involving excessive fibroblast participation that is characterized by hyalinized collagen bundles. However, the usefulness of this characterization has been questioned. In recent years, studies have reported the appropriate use of verapamil for keloids and hypertrophic scars.

Six studies that included 331 patients with keloids and hypertrophic scars were analyzed. Analysis of the total effective rate of skin healing was performed. The total effective rates in the two groups were 54.07% (verapamil) and 53.18% (nonverapamil), respectively. The meta-analysis showed that there was no difference between the two groups. We also compared the adverse reactions between the verapamil treatment group and the steroids treatment group in two studies, and the result indicated that the verapamil group showed less adverse reactions.

Wound healing: an overview of acute, fibrotic and delayed healing.

Robert F. Diegelmann,  Natalie C. Evans (2004)
Acute wounds normally heal in a very orderly and efficient manner characterized by four distinct, but overlapping phases: hemostasis, inflammation, proliferation and remodeling. Specific biological markers characterize healing of acute wounds. Likewise, unique biologic markers also characterize pathologic responses resulting in fibrosis and chronic non-healing ulcers. This review describes the major biological processes associated with both normal and pathologic healing. The normal healing response begins the moment the tissue is injured. As the blood components spill into the site of injury, the platelets come into contact with exposed collagen and other elements of the extracellular matrix. This contact triggers the platelets to release clotting factors as well as essential growth factors and cytokines such as platelet-derived growth factor (PDGF) and transforming growth factor beta (TGF-beta). Following hemostasis, the neutrophils then enter the wound site and begin the critical task of phagocytosis to remove foreign materials, bacteria and damaged tissue. As part of this inflammatory phase, the macrophages appear and continue the process of phagocytosis as well as releasing more PDGF and TGF beta. Once the wound site is cleaned out, fibroblasts migrate in to begin the proliferative phase and deposit new extracellular matrix. The new collagen matrix then becomes cross-linked and organized during the final remodeling phase. In order for this efficient and highly controlled repair process to take place, there are numerous cell-signaling events that are required. In pathologic conditions such as non-healing pressure ulcers, this efficient and orderly process is lost and the ulcers are locked into a state of chronic inflammation characterized by abundant neutrophil infiltration with associated reactive oxygen species and destructive enzymes. Healing proceeds only after the inflammation is controlled. On the opposite end of the spectrum, fibrosis is characterized by excessive matrix deposition and reduced remodeling. Often fibrotic lesions are associated with increased densities of mast cells. By understanding the functional relationships of these biological processes of normal compared to abnormal wound healing, hopefully new strategies can be designed to treat the pathological conditions.

The most current algorithms for the treatment and prevention of hypertrophic scars and keloids.

Rei Ogawa (2010)
Previous reports on the treatment of hypertrophic scars and keloids have not described clear algorithms for multimodal therapies. This article presents an evidence-based review of previous articles and proposes algorithms for the treatment and prevention of hypertrophic scars and keloids. The methodologic quality of the clinical trials was evaluated, and the baseline characteristics of the patients and the interventions that were applied and their outcomes were extracted. Important factors that promote hypertrophic scar/keloid development include mechanical forces on the wound, wound infection, and foreign body reactions. For keloids, the treatment method that should be used depends on whether scar contractures (especially joint contractures) are present and whether the keloids are small and single, or large and multiple. Small and single keloids can be treated radically by surgery with adjuvant therapy (which includes radiation or corticosteroid injections) or by nonsurgical monotherapy (which includes corticosteroid injections, cryotherapy, laser, and antitumor/immunosuppressive agents such as 5-fluorouracil). Large and multiple keloids are difficult to treat radically and are currently only treatable by multimodal therapies that aim to relieve symptoms. After a sequence of treatments, long-term follow-up is recommended. Conservative therapies, which include gel sheeting, taping fixation, compression therapy, external and internal agents, and makeup (camouflage) therapy, should be administered on a case-by-case basis. The increase in the number of randomized controlled trials over the past decade has greatly improved scar management, although these studies suffer from various limitations. The hypertrophic scar/keloid treatment algorithms that are currently available are likely to be significantly improved by future high-quality clinical trials.

Daniel E Fitzpatrick,  Woraphong Manuskiatti (2002)
To compare the clinical response of keloidal and hypertrophic scars after treatment with intralesional corticosteroid alone or combined with 5-fluorouracil (5-FU), 5-FU alone, and the 585-nm flashlamp-pumped pulsed-dye laser (PDL). Prospective, paired-comparison, randomized controlled trial. A private ambulatory laser facility. Ten patients with previously untreated keloidal or hypertrophic median sternotomy scars at least 6 months after surgery that were considered problematic by the patients. Five segments were randomly treated with 4 different regimens: (1) laser radiation with a 585-nm PDL (5 J/cm(2)); (2) intralesional triamcinolone acetonide (TAC) (20 mg/mL); (3) intralesional 5-FU (50 mg/mL); and (4) intralesional TAC (1 mg/mL) mixed with 5-FU (45 mg/mL). One segment of each scar received no treatment and served as a control. Scar height, erythema, and pliability were evaluated before and every 8 weeks after treatment. Patients' subjective evaluations were tabulated. Histologic sections of segments were examined in 1 biopsy sample per segment at week 32. There was a statistically significant clinical improvement in all treated segments. No significant difference in treatment outcome vs method of treatment was noted. However, intralesional formulas resulted in faster resolution than the PDL: scar induration responded better to intralesional formulas, scar texture responded better to the PDL, and scar erythema responded the same as the control with all treatments. Adverse sequelae, including hypopigmentation, telangiectasia, and skin atrophy, were observed in 50% (5/10) of the segments that received corticosteroid intralesionally alone. No long-term adverse sequelae were demonstrated in the segments treated with other modalities. Clinical improvement of keloidal and hypertrophic scars after treatment with intralesional corticosteroid alone or combined with 5-FU, 5-FU alone, and PDL seemed comparable, with the exceptions of the incidence of adverse reactions, which were most common with intralesional corticosteroid. Intralesional 5-FU is comparable to the other therapies.