Untangling the Thorns: Advances in the Neuroacanthocytosis Syndromes 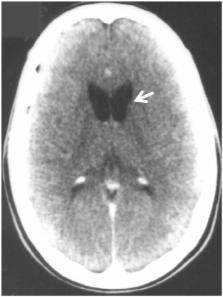 There have been significant advances in neuroacanthocytosis (NA) syndromes in the past 20 years, however, confusion still exists regarding the precise nature of these disorders and the correct nomenclature. This article seeks to clarify these issues and to summarise the recent literature in the field. The four key NA syndromes are described here–chorea-acanthocytosis, McLeod syndrome, Huntington’s disease-like 2, and pantothenate kinase- associated neurodegeneration. In the first two, acanthocytosis is a frequent, although not invariable, finding; in the second two, it occurs in approximately 10% of patients. Degeneration affecting the basal ganglia is the key neuropathologic finding, thus the clinical presentations can be remarkably similar. The characteristic phenotype comprises a variety of movement disorders, including chorea, dystonia, and parkinsonism, and also psychiatric and cognitive symptoms attributable to basal ganglia dysfunction. The age of onset, inheritance patterns, and ethnic background differ in each condition, providing diagnostic clues. Other investigations, including routine blood testing and neuroimaging can be informative. Genetic diagnosis, if available, provides a definitive diagnosis, and is important for genetic counseling, and hopefully molecular therapies in the future. In this article I provide a historical perspective on each NA syndrome. The first 3 disorders, chorea-acanthocytosis, McLeod syndrome, Huntington’s disease-like 2, are discussed in detail, with a comprehensive review of the literature to date for each, while pantothenate kinase-associated neurodegeneration is presented in summary, as this disorder has recently been reviewed in this journal. Therapy for all of these diseases is, at present, purely symptomatic.

B. Zhou,  J Gitschier,  S. Hayflick … (2001)
Hallervorden-Spatz syndrome (HSS) is an autosomal recessive neurodegenerative disorder associated with iron accumulation in the brain. Clinical features include extrapyramidal dysfunction, onset in childhood, and a relentlessly progressive course. Histologic study reveals iron deposits in the basal ganglia. In this respect, HSS may serve as a model for complex neurodegenerative diseases, such as Parkinson disease, Alzheimer disease, Huntington disease and human immunodeficiency virus (HIV) encephalopathy, in which pathologic accumulation of iron in the brain is also observed. Thus, understanding the biochemical defect in HSS may provide key insights into the regulation of iron metabolism and its perturbation in this and other neurodegenerative diseases. Here we show that HSS is caused by a defect in a novel pantothenate kinase gene and propose a mechanism for oxidative stress in the pathophysiology of the disease.

Clinical and genetic delineation of neurodegeneration with brain iron accumulation.

S. Hayflick,  Walter Gregory,  Brenda J Polster (2009)
Neurodegeneration with brain iron accumulation (NBIA) describes a group of progressive neurodegenerative disorders characterised by high brain iron and the presence of axonal spheroids, usually limited to the central nervous system. Mutations in the PANK2 gene account for the majority of NBIA cases and cause an autosomal recessive inborn error of coenzyme A metabolism called pantothenate kinase associated neurodegeneration (PKAN). More recently, it was found that mutations in the PLA2G6 gene cause both infantile neuroaxonal dystrophy (INAD) and, more rarely, an atypical neuroaxonal dystrophy that overlaps clinically with other forms of NBIA. High brain iron is also present in a portion of these cases. Clinical assessment, neuroimaging, and molecular genetic testing all play a role in guiding the diagnostic evaluation and treatment of NBIA.

This is an Open Access article distributed under the terms of the Creative Commons Attribution Non-Commercial License ( http://creativecommons.org/licenses/by-nc/3.0/) which permits unrestricted noncommercial use, distribution, and reproduction in any medium, provided the original work is properly cited.