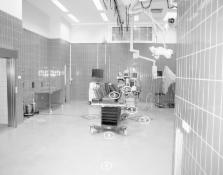 Evolution and spread of antibiotic resistance.

S Normark,  Benjamin B. Normark (2002)
Antibiotic resistance is a clinical and socioeconomical problem that is here to stay. Resistance can be natural or acquired. Some bacterial species, such as Pseudomonas aeruginosa, show a high intrinsic resistance to a number of antibiotics whereas others are normally highly antibiotic susceptible such as group A streptococci. Acquired resistance evolve via genetic alterations in the microbes own genome or by horizontal transfer of resistance genes located on various types of mobile DNA elements. Mutation frequencies to resistance can vary dramatically depending on the mechanism of resistance and whether or not the organism exhibits a mutator phenotype. Resistance usually has a biological cost for the microorganism, but compensatory mutations accumulate rapidly that abolish this fitness cost, explaining why many types of resistances may never disappear in a bacterial population. Resistance frequently occurs stepwise making it important to identify organisms with low level resistance that otherwise may constitute the genetic platform for development of higher resistance levels. Self-replicating plasmids, prophages, transposons, integrons and resistance islands all represent DNA elements that frequently carry resistance genes into sensitive organisms. These elements add DNA to the microbe and utilize site-specific recombinases/integrases for their integration into the genome. However, resistance may also be created by homologous recombination events creating mosaic genes where each piece of the gene may come from a different microbe. The selection with antibiotics have informed us much about the various genetic mechanisms that are responsible for microbial evolution.

Safety of raw meat and shellfish in Vietnam: an analysis of Escherichia coli isolations for antibiotic resistance and virulence genes.

Peter J. Coloe,  Christopher J Chin,  H. Tran … (2008)
This study was conducted to examine a current baseline profile of antimicrobial resistance and virulence of Escherichia coli isolated from foods commonly sold in the market place in Vietnam. E. coli were isolated from 180 samples of raw meat, poultry and shellfish and also isolated from 43 chicken faeces samples. Ninety-nine E. coli isolates recovered from all sources were selected for the investigation of their susceptibility to 15 antimicrobial agents by the disk diffusion method. Eighty-four percent of the isolates were resistant to one or more antibiotics, and multi-resistance, defined as resistance to at least 3 different classes of antibiotics, was detected in all sources. The rates of multi-resistance were up to 89.5% in chicken, 95% in chicken faeces and 75% in pork isolates. Resistance was most frequently observed to tetracycline (77.8%), sulfafurazole (60.6%), ampicillin (50.5%), amoxicillin (50.5%), trimethoprim (51.5%), chloramphenicol (43.4%), streptomycin (39.4%), nalidixic acid (34.3%) and gentamicin (24.2%). In addition, the isolates also displayed resistance to fluoroquinolones (ciprofloxacin 16.2%, norfloxacin 17.2%, and enrofloxacin 21.2%), with chicken isolates showing the highest rates of resistance to these antibiotics (52.6-63.2%). Thirty-eight multi-resistant isolates were selected for further the examination of antibiotic resistance genes and were also evaluated for virulence gene profiles by multiplex and uniplex polymerase chain reaction. The beta-lactam TEM gene and tetracycline resistance tetA, tetB genes were frequently detected in the tested isolates (84.2% and 89.5% respectively). Genes which are responsible for resistance to streptomycin (aadA) (68.4%), chloramphenicol (cmlA) (42.1%), sulfonamides (sulI) (39.5%), trimethoprim (dhfrV) (26.3%) and kanamycin (aphA-1) (23.7%) were also widely distributed. Plasmid-mediated ampC genes were detected in E. coli isolates from chicken and pork. The isolates were tested for the presence of 58 virulence genes for adhesins, toxins, capsule synthesis, siderophores, invasins and others from different E. coli pathotypes. All of the tested isolates contained at least one virulence gene and there were 16 genes detected. Virulence genes detected were fimH (92.1%), bmaE (84.2%), TSPE4.C2 (42.1%), aidA AIDA-I (orfB) (31.6%), east1 (26.3%), traT (23.7%), and others including fyuA, iutA, chuA, yjaA, iss, iroN(E. coli), ibeA, aah (orfA), iha and papG allele III (10.5-2.6%). Typical toxin genes produced by enterohemorrhagic and enterotoxigenic E. coli pathotypes (a heat-stable toxin (ST), heat-labile toxin (LT) and Shiga toxin stx1, stx2) were not detected in any of these 38 isolates. The study has revealed that E. coli in raw foods is a significant reservoir of resistance and virulence genes.