Impact of war on child health in northern Syria: the experience of Médecins Sans Frontières 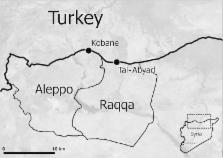 Few data are available to evaluate the impact of Syrian war on civilian population; to describe this impact on child health, this article uses data from Médecins Sans Frontières-Operational Centre Amsterdam’s activities in Tal-Abyad and Kobane cities, northern Syria (2013–2016). Data were obtained from routine medical datasets and narrative reports, for out-patient clinics, immunisation, nutritional monitoring and assessments, and in-patient care, and were analysed quantitatively and qualitatively. Infections were the largest contributor to morbidity. The proportion of < 5 year out-patient consultations of infectious diseases that are listed for outbreak monitoring in emergencies was 15% in 2013, 51% in 2014, 75% in 2015 and 70% in 2016. Thalassemia was recorded in 0.5% of 2014 < 5 year out-patient consultations and 3.4% of 2013–2014 < 18-year in-patient admissions. Measles immunisation activities and routine Extended Programme for Immunisation were re-activated across northern Syria; however, immunisation coverage could not be calculated. Results from our routine data must be compared cautiously, due to differences in settings and disease categories.

Conclusion: With such scattered interventions, routine data are limited in providing a quantified evidence of emergency’s health impact; however, they help in drawing a picture of children’s health status and highlighting difficulties in providing curative and preventive services, in order to reflect part of population’s plight.

War and Infectious Diseases: Challenges of the Syrian Civil War

Ziyad Ben Taleb,  Raed Bahelah,  Fouad M. Fouad … (2015)
To document the ongoing destruction as a result of the tragic events in Syria, to understand the changing health care needs and priorities of Syrians.

Hanan A Hamamy,  Nasir A. S. Al-Allawi (2013)
Haemoglobinopathies including the thalassemias and sickle cell disease are known to be prevalent inherited disorders in most Arab countries with varying prevalence rates and molecular characterisation. β-thalassemia is encountered in polymorphic frequencies in almost all Arab countries with carrier rates of 1-11 % and a varying number of mutations. The most widespread mutation in Lebanon, Egypt, Syria, Jordan, Tunisia and Algeria is the IVS-I-110 (G>A). In the Eastern Arabian Peninsula, the Asian Indian mutations (IVS-I-5 (G>C), codons 8/9 (+G) and IVS-I (-25 bp del)) are more common. The α-thalassemias are encountered in the majority of Arab countries in frequencies ranging from 1 to 58 % with the highest frequencies reported from Gulf countries. The (-α(3.7)) mutation is the most frequent followed by the non-deletional α2 polyadenylation signal mutation (AATAAA>AATAAG) and the α2 IVS1 5-bp deletion. The rates of sickle cell trait in Arab countries range from 0.3 to 30 %, with the Benin, the Arab-Indian and the Bantu haplotypes constituting the bulk of the haplotypes, leading to two major phenotypes; a mild one associated with the Arab-Indian and a severe one with the Benin and Bantu haplotypes. Public health approaches targeting prevention of haemoglobinopathies in Arab countries include newborn screening for sickle cell disease, and premarital screening for carriers of β-thalassemia and sickle cell disease. These services are still patchy and inadequate in many Arab countries recommending the upgrade of these services with strengthening of the education and training of health care providers and raising public awareness on the feasibility of prevention and care for haemoglobinopathies.