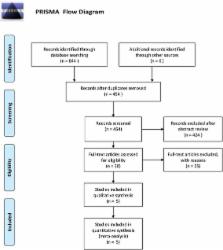 The aim of this study was to examine possible differences in clinical outcomes between selective laser trabeculoplasty (SLT) and topical medication in the treatment of open-angle glaucoma.

Pertinent prospective comparative controlled trials comparing SLT with medication were selected through extensive searches of the PubMed, Embase, Web of Science, Chinese Biomedicine Database, and the Cochrane Controlled Trials Register database from their inception up to March 2014. Efficacy estimates were measured by their weighted mean difference (WMD) to calculate the intraocular pressure reduction (IOPR) from baseline to endpoint and by the odds ratio (OR) to determine success rates.

Both SLT and topical medication demonstrate similar success rates and effectiveness in lowering intraocular pressure in patients with open-angle glaucoma.

A randomised, prospective study comparing selective laser trabeculoplasty with latanoprost for the control of intraocular pressure in ocular hypertension and open angle glaucoma.

Christopher J. Marshall,  A Ogunyomade,  M Nagar … (2005)
To compare 90 degrees , 180 degrees , and 360 degrees selective laser trabeculoplasty (SLT, 532 nm Nd:YAG laser) with latanoprost 0.005% for the control of intraocular pressure (IOP) in ocular hypertension (OHT) and open angle glaucoma (OAG). A prospective, randomised clinical trial in the Department of Ophthalmology, St Thomas's Hospital, London, and Clayton Eye Centre, Wakefield, West Yorkshire. 167 patients (167 eyes) with either OHT or OAG were randomised to receive 90 degrees , 180 degrees , and 360 degrees SLT or latanoprost 0.005% at night and were evaluated at 1 hour, 1 day, 1 week and 1, 3, 6, and 12 months. The mean follow up was 10.3 months (range 1--12 months). Early, transient, complications such as postoperative ocular pain, uveitis, and 1 hour IOP spike occurred in a number of eyes after SLT, with pain being reported more frequently after 360 degrees than 90 degrees treatments (p>0.001). Success rates defined in terms of both a 20% or more and a 30% or more IOP reduction from baseline measurements with no additional antiglaucomatous interventions were better with latanoprost than 90 degrees (p 20% IOP reduction and 59% a >30% reduction from baseline. Although success rates were better with 360 degrees than 180 degrees SLT treatments, differences did not reach statistical significance. There were no differences with regard to age, sex, race, pretreatment IOP, OHT versus OAG, laser power settings, and total laser energy delivered between eyes which responded, in terms of a >20% and a >30% IOP reduction, and those that did not respond with 180 degrees and 360 degrees SLT treatments. Success rates were higher with latanoprost 0.005% at night than with 90 degrees and 180 degrees SLT treatments. 90 degrees SLT is generally not effective. 360 degrees SLT appears to be an effective treatment with approximately 60% of eyes achieving an IOP reduction of 30% or more. Transient anterior uveitis with associated ocular discomfort is not unusual in the first few days after SLT. Late complications causing ocular morbidity after SLT were not encountered.