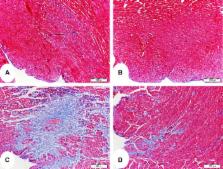 ,  Stephanie Ounpuu,  Karen Sliwa … (2005)
Cardiovascular disease (CVD) is rising in low-income countries. However, the impact of modifiable CVD risk factors on myocardial infarction (MI) has not been studied in sub-Saharan Africa (SSA). Therefore, we conducted a case-control study among patients with acute MI (AMI) in SSA to explore its association with known CVD risk factors. First-time AMI patients (n=578) were matched to 785 controls by age and sex in 9 SSA countries, with South Africa contributing approximately 80% of the participants. The relationships between risk factors and AMI were investigated in the African population and in 3 ethnic subgroups (black, colored, and European/other Africans) and compared with those found in the overall INTERHEART study. Relationships between common CVD risk factors and AMI were found to be similar to those in the overall INTERHEART study. Modeling of 5 risk factors (smoking history, diabetes history, hypertension history, abdominal obesity, and ratio of apolipoprotein B to apolipoprotein A-1) provided a population attributable risk of 89.2% for AMI. The risk for AMI increased with higher income and education in the black African group in contrast to findings in the other African groups. A history of hypertension revealed higher MI risk in the black African group than in the overall INTERHEART group. Known CVD risk factors account for approximately 90% of MI observed in African populations, which is consistent with the overall INTERHEART study. Contrasting gradients found in socioeconomic class, risk factor patterns, and AMI risk in the ethnic groups suggest that they are at different stages of the epidemiological transition.