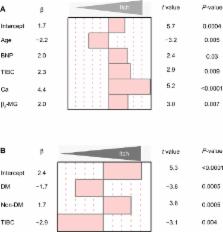 While pruritus is a common complication in hemodialysis patients, the pathophysiological mechanisms remain obscure. Recently, B-type (brain) natriuretic peptide (BNP) has been defined as an itch-selective neuropeptide in pruriceptive neurons in mice, and higher serum levels of BNP are frequently observed in hemodialysis patients. The objective of the present study was to evaluate the role of serum BNP in pruritus in patients undergoing hemodialysis.

The current cross-sectional study was performed on 43 patients undergoing maintenance hemodialysis. A visual analog scale (VAS) measuring the general severity of pruritus (values from 0 to 10, with higher values indicating more severe pruritus) in daytime and at night was self-reported by patients. Each patient’s background and laboratory tests, including serum BNP in the post-hemodialysis period, were collected. The correlation between VAS and clinical parameters was evaluated.

It is suggested that a higher level of serum BNP increases the pruritus of hemodialysis patients in daytime and that diabetic patients are less sensitive to itch, especially at nighttime.

The cells and circuitry for itch responses in mice.

K. Mishra,  Mark A Hoon (2013)
Itch is triggered by somatosensory neurons expressing the ion channel TRPV1 (transient receptor potential cation channel subfamily V member 1), but the mechanisms underlying this nociceptive response remain poorly understood. Here, we show that the neuropeptide natriuretic polypeptide b (Nppb) is expressed in a subset of TRPV1 neurons and found that Nppb(-/-) mice selectively lose almost all behavioral responses to itch-inducing agents. Nppb triggered potent scratching when injected intrathecally in wild-type and Nppb(-/-) mice, showing that this neuropeptide evokes itch when released from somatosensory neurons. Itch responses were blocked by toxin-mediated ablation of Nppb-receptor-expressing cells, but a second neuropeptide, gastrin-releasing peptide, still induced strong responses in the toxin-treated animals. Thus, our results define the primary pruriceptive neurons, characterize Nppb as an itch-selective neuropeptide, and reveal the next two stages of this dedicated neuronal pathway.

Scott Simon,  Noritaka Imamachi,  Kyou-Sup Han … (2009)
The mechanisms that generate itch are poorly understood at both the molecular and cellular levels despite its clinical importance. To explore the peripheral neuronal mechanisms underlying itch, we assessed the behavioral responses (scratching) produced by s.c. injection of various pruritogens in PLCbeta3- or TRPV1-deficient mice. We provide evidence that at least 3 different molecular pathways contribute to the transduction of itch responses to different pruritogens: 1) histamine requires the function of both PLCbeta3 and the TRPV1 channel; 2) serotonin, or a selective agonist, alpha-methyl-serotonin (alpha-Me-5-HT), requires the presence of PLCbeta3 but not TRPV1, and 3) endothelin-1 (ET-1) does not require either PLCbeta3 or TRPV1. To determine whether the activity of these molecules is represented in a particular subpopulation of sensory neurons, we examined the behavioral consequences of selectively eliminating 2 nonoverlapping subsets of nociceptors. The genetic ablation of MrgprD(+) neurons that represent approximately 90% of cutaneous nonpeptidergic neurons did not affect the scratching responses to a number of pruritogens. In contrast, chemical ablation of the central branch of TRPV1(+) nociceptors led to a significant behavioral deficit for pruritogens, including alpha-Me-5-HT and ET-1, that is, the TRPV1-expressing nociceptor was required, whether or not TRPV1 itself was essential. Thus, TRPV1 neurons are equipped with multiple signaling mechanisms that respond to different pruritogens. Some of these require TRPV1 function; others use alternate signal transduction pathways.