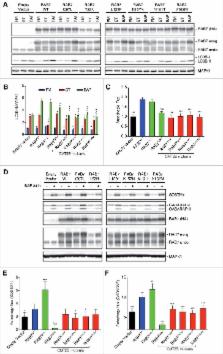 Charcot-Marie-Tooth type 2B (CMT2B) disease is a dominant axonal peripheral neuropathy caused by 5 mutations in the RAB7A gene, a ubiquitously expressed GTPase controlling late endocytic trafficking. In neurons, RAB7A also controls neuronal-specific processes such as NTF (neurotrophin) trafficking and signaling, neurite outgrowth and neuronal migration. Given the involvement of macroautophagy/autophagy in several neurodegenerative diseases and considering that RAB7A is fundamental for autophagosome maturation, we investigated whether CMT2B-causing mutants affect the ability of this gene to regulate autophagy. In HeLa cells, we observed a reduced localization of all CMT2B-causing RAB7A mutants on autophagic compartments. Furthermore, compared to expression of RAB7A WT, expression of these mutants caused a reduced autophagic flux, similar to what happens in cells expressing the dominant negative RAB7A T22N mutant. Consistently, both basal and starvation-induced autophagy were strongly inhibited in skin fibroblasts from a CMT2B patient carrying the RAB7A V162M mutation, suggesting that alteration of the autophagic flux could be responsible for neurodegeneration.

Fiona M. Menzies,  Angeleen Fleming,  David C Rubinsztein (2015)
Most neurodegenerative diseases that afflict humans are associated with the intracytoplasmic deposition of aggregate-prone proteins in neurons and with mitochondrial dysfunction. Autophagy is a powerful process for removing such proteins and for maintaining mitochondrial homeostasis. Over recent years, evidence has accumulated to demonstrate that upregulation of autophagy may protect against neurodegeneration. However, autophagy dysfunction has also been implicated in the pathogenesis of various diseases. This Review summarizes the progress that has been made in our understanding of how perturbations in autophagy are linked with neurodegenerative diseases and the potential therapeutic strategies resulting from the modulation of this process.

Role for Rab7 in maturation of late autophagic vacuoles.

Rab7: a key to lysosome biogenesis.

Cecilia Bucci,  Peter Thomsen,  Paolo Nicoziani … (2000)
The molecular machinery behind lysosome biogenesis and the maintenance of the perinuclear aggregate of late endocytic structures is not well understood. A likely candidate for being part of this machinery is the small GTPase Rab7, but it is unclear whether this protein is associated with lysosomes or plays any role in the regulation of the perinuclear lysosome compartment. Previously, Rab7 has mainly been implicated in transport from early to late endosomes. We have now used a new approach to analyze the role of Rab7: transient expression of Enhanced Green Fluorescent Protein (EGFP)-tagged Rab7 wt and mutant proteins in HeLa cells. EGFP-Rab7 wt was associated with late endocytic structures, mainly lysosomes, which aggregated and fused in the perinuclear region. The size of the individual lysosomes as well as the degree of perinuclear aggregation increased with the expression levels of EGFP-Rab7 wt and, more dramatically, the active EGFP-Rab7Q67L mutant. In contrast, upon expression of the dominant-negative mutants EGFP-Rab7T22N and EGFP-Rab7N125I, which localized mainly to the cytosol, the perinuclear lysosome aggregate disappeared and lysosomes, identified by colocalization of cathepsin D and lysosome-associated membrane protein-1, became dispersed throughout the cytoplasm, they were inaccessible to endocytosed molecules such as low-density lipoprotein, and their acidity was strongly reduced, as determined by decreased accumulation of the acidotropic probe LysoTracker Red. In contrast, early endosomes associated with Rab5 and the transferrin receptor, late endosomes enriched in the cation-independent mannose 6-phosphate receptor, and the trans-Golgi network, identified by its enrichment in TGN-38, were unchanged. These data demonstrate for the first time that Rab7, controlling aggregation and fusion of late endocytic structures/lysosomes, is essential for maintenance of the perinuclear lysosome compartment.

Color versions of one or more of the figures in the article can be found online at www.tandfonline.com/KAUP.