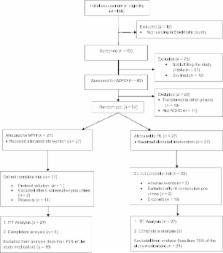 To test the efficacy and safety of osmotic release oral system (OROS) methylphenidate (MPH) in doses up to 180 mg/day to treat attention deficit hyperactivity disorder (ADHD) and prevent any drug relapse in individuals with a co-diagnosis of ADHD and amphetamine dependence.

Participants were recruited from medium security prisons in Sweden. The medication started within 2 weeks before release from prison and continued in out-patient care with twice-weekly visits, including once-weekly cognitive behavioural therapy.

Change in self-reported ADHD symptoms, relapse to any drug use (amphetamine and other drugs) measured by urine toxicology, retention to treatment, craving and time to relapse.

The MPH-treated group reduced their ADHD symptoms during the trial ( P = 0.011) and had a significantly higher proportion of drug-negative urines compared with the placebo group ( P = 0.047), including more amphetamine-negative urines ( P = 0.019) and better retention to treatment ( P = 0.032).

The World Health Organization Adult ADHD Self-Report Scale (ASRS): a short screening scale for use in the general population.

T Ustün,  Thomas E. Spencer,  R Kessler … (2005)
A self-report screening scale of adult attention-deficit/hyperactivity disorder (ADHD), the World Health Organization (WHO) Adult ADHD Self-Report Scale (ASRS) was developed in conjunction with revision of the WHO Composite International Diagnostic Interview (CIDI). The current report presents data on concordance of the ASRS and of a short-form ASRS screener with blind clinical diagnoses in a community sample. The ASRS includes 18 questions about frequency of recent DSM-IV Criterion A symptoms of adult ADHD. The ASRS screener consists of six out of these 18 questions that were selected based on stepwise logistic regression to optimize concordance with the clinical classification. ASRS responses were compared to blind clinical ratings of DSM-IV adult ADHD in a sample of 154 respondents who previously participated in the US National Comorbidity Survey Replication (NCS-R), oversampling those who reported childhood ADHD and adult persistence. Each ASRS symptom measure was significantly related to the comparable clinical symptom rating, but varied substantially in concordance (Cohen's kappa in the range 0.16-0.81). Optimal scoring to predict clinical syndrome classifications was to sum unweighted dichotomous responses across all 18 ASRS questions. However, because of the wide variation in symptom-level concordance, the unweighted six-question ASRS screener outperformed the unweighted 18-question ASRS in sensitivity (68.7% v. 56.3%), specificity (99.5% v. 98.3%), total classification accuracy (97.9% v. 96.2%), and kappa (0.76 v. 0.58). Clinical calibration in larger samples might show that a weighted version of the 18-question ASRS outperforms the six-question ASRS screener. Until that time, however, the unweighted screener should be preferred to the full ASRS, both in community surveys and in clinical outreach and case-finding initiatives.

This is an open access article under the terms of the Creative Commons Attribution-NonCommercial-NoDerivs License, which permits use and distribution in any medium, provided the original work is properly cited, the use is non-commercial and no modifications or adaptations are made. *