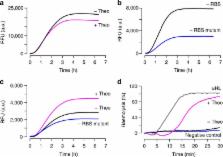 Previous efforts to control cellular behaviour have largely relied upon various forms of genetic engineering. Once the genetic content of a living cell is modified, the behaviour of that cell typically changes as well. However, other methods of cellular control are possible. All cells sense and respond to their environment. Therefore, artificial, non-living cellular mimics could be engineered to activate or repress already existing natural sensory pathways of living cells through chemical communication. Here we describe the construction of such a system. The artificial cells expand the senses of Escherichia coli by translating a chemical message that E. coli cannot sense on its own to a molecule that activates a natural cellular response. This methodology could open new opportunities in engineering cellular behaviour without exploiting genetically modified organisms. 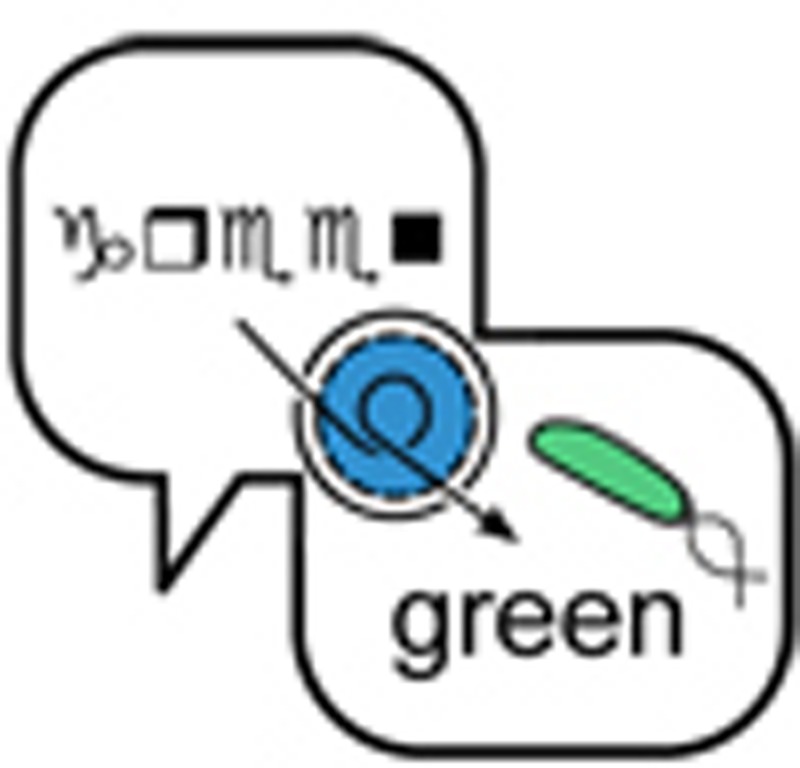 The control of cellular behaviour largely relies on genetic engineering, but artificial cells could be designed to control cell processes through chemical communication. Here, the authors develop an artificial cell that is able to translate a chemical message into a signal that can be sensed by E. coli and activate a cellular response.

Timothy P. Carr,  Tara A. Gianoulis,  Carl B. Goodman … (2011)
We present genome engineering technologies that are capable of fundamentally reengineering genomes from the nucleotide to the megabase scale. We used multiplex automated genome engineering (MAGE) to site-specifically replace all 314 TAG stop codons with synonymous TAA codons in parallel across 32 Escherichia coli strains. This approach allowed us to measure individual recombination frequencies, confirm viability for each modification, and identify associated phenotypes. We developed hierarchical conjugative assembly genome engineering (CAGE) to merge these sets of codon modifications into genomes with 80 precise changes, which demonstrate that these synonymous codon substitutions can be combined into higher-order strains without synthetic lethal effects. Our methods treat the chromosome as both an editable and an evolvable template, permitting the exploration of vast genetic landscapes.

K. Anderson,  Christopher Voigt,  Adam Arkin … (2006)
Bacteria can sense their environment, distinguish between cell types, and deliver proteins to eukaryotic cells. Here, we engineer the interaction between bacteria and cancer cells to depend on heterologous environmental signals. We have characterized invasin from Yersinia pseudotuburculosis as an output module that enables Escherichia coli to invade cancer-derived cells, including HeLa, HepG2, and U2OS lines. To environmentally restrict invasion, we placed this module under the control of heterologous sensors. With the Vibrio fischeri lux quorum sensing circuit, the hypoxia-responsive fdhF promoter, or the arabinose-inducible araBAD promoter, the bacteria invade cells at densities greater than 10(8)bacteria/ml, after growth in an anaerobic growth chamber or in the presence of 0.02% arabinose, respectively. In the process, we developed a technique to tune the linkage between a sensor and output gene using ribosome binding site libraries and genetic selection. This approach could be used to engineer bacteria to sense the microenvironment of a tumor and respond by invading cancerous cells and releasing a cytotoxic agent.

Diego Romero,  Richard Losick,  Roberto Kolter … (2010)
Bacteria form communities known as biofilms, which disassemble over time. In our studies outlined here, we found that, before biofilm disassembly, Bacillus subtilis produced a factor that prevented biofilm formation and could break down existing biofilms. The factor was shown to be a mixture of D-leucine, D-methionine, D-tyrosine, and D-tryptophan that could act at nanomolar concentrations. D-amino acid treatment caused the release of amyloid fibers that linked cells in the biofilm together. Mutants able to form biofilms in the presence of D-amino acids contained alterations in a protein (YqxM) required for the formation and anchoring of the fibers to the cell. D-amino acids also prevented biofilm formation by Staphylococcus aureus and Pseudomonas aeruginosa. D-amino acids are produced by many bacteria and, thus, may be a widespread signal for biofilm disassembly.