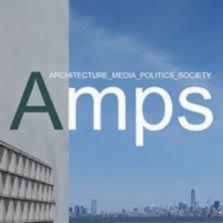 In August 2015, Google reorganized its various interests as a conglomerate called Alphabet Inc. Under the new umbrella, Google’s search, data aggregation, and advertising subsidiaries, were joined by Sidewalk Lab and its suite of urban products: high-speed broadband services, Android Pixel2 phone, mobile mapping, autonomous cars, artificial intelligence, smart homes, and all the data captured therein. The City of Toronto’s recent award to Alphabet’s Sidewalk Lab for design services has sparked a heated controversy among urban planners and citizens alike. Toronto’s decision not only signals a different model of professional practice, but it also represents a conceptual shift away from citizen to urban consumer. By engaging a private technology company, one that passively captures data on its customers and then re-sales that data to third parties, Toronto’s smart city points to a significant change in the understanding and practice of contemporary urban planning and design.

Acknowledging the city as a site of disciplinary disruption, this paper introduces Bratton’s stack theory as a way to understand networked urbanism more generally, and Waterfront Toronto specifically. We build on Bratton’s position by closely examining twenty-first century histories and anthropologies related to the Internet, privacy, and the dominance of big data. Our principal concern is with the transformation of personal and environmental data into an economic resource. Seen through that particular lens, we argue that Toronto’s smart city has internalized relations of colonization, whereby the economic objectives of a multinational technology company take on new configurations at a local level of human (and non-human) information extraction – thereby restructuring not only public land, but also everyday life into a zone of unmitigated consumption.

“The Automobile in the Urban Environment: Planning for an Energy-Short Future.”