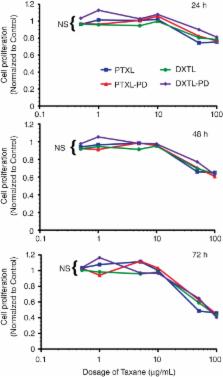 Sn2 lipase labile phospholipid prodrugs in conjunction with contact-facilitated drug delivery offer an important advancement in Nanomedicine. Many drugs incorporated into nanosystems, targeted or not, are substantially lost during circulation to the target. However, favorably altering the pharmacokinetics and volume of distribution of systemic drug delivery can offer greater efficacy with lower toxicity, leading to new prolonged-release nanoexcipients. However, the concept of achieving Paul Erhlich's inspired vision of a ‘magic bullet’ to treat disease has been largely unrealized due to unstable nanomedicines, nanosystems achieving low drug delivery to target cells, poor intracellular bioavailability of endocytosed nanoparticle payloads, and the substantial biological barriers of extravascular particle penetration into pathological sites. As shown here, Sn2 phospholipid prodrugs in conjunction with contact-facilitated drug delivery prevent premature drug diffusional loss during circulation and increase target cell bioavailability. The Sn2 phospholipid prodrug approach applies equally well for vascular constrained lipid-encapsulated particles and micelles the size of proteins that penetrate through naturally fenestrated endothelium in the bone marrow or thin-walled venules of an inflamed microcirculation. At one time Nanomedicine was considered a ‘Grail Quest’ by its loyal opposition and even many in the field adsorbing the pains of a long-learning curve about human biology and particles. However, Nanomedicine with innovations like Sn2 phospholipid prodrugs has finally made ‘made the turn’ toward meaningful translational success.

A polymer-based, paclitaxel-eluting stent in patients with coronary artery disease.

James Darnell (2002)
A limited list of transcription factors are overactive in most human cancer cells, which makes them targets for the development of anticancer drugs. That they are the most direct and hopeful targets for treating cancer is proposed, and this is supported by the fact that there are many more human oncogenes in signalling pathways than there are oncogenic transcription factors. But how could specific transcription-factor activity be inhibited?

Genetic abnormalities and survival in multiple myeloma: the experience of the Intergroupe Francophone du Myélome.

Claire Mathiot,  Thierry Facon,  Anne Marie Stoppa … (2007)
Acquired genomic aberrations have been shown to significantly impact survival in several hematologic malignancies. We analyzed the prognostic value of the most frequent chromosomal changes in a large series of patients with newly diagnosed symptomatic myeloma prospectively enrolled in homogeneous therapeutic trials. All the 1064 patients enrolled in the IFM99 trials conducted by the Intergroupe Francophone du Myélome benefited from an interphase fluorescence in situ hybridization analysis performed on purified bone marrow plasma cells. They were systematically screened for the following genomic aberrations: del(13), t(11;14), t(4;14), hyperdiploidy, MYC translocations, and del(17p). Chromosomal changes were observed in 90% of the patients. The del(13), t(11;14), t(4;14), hyperdiploidy, MYC translocations, and del(17p) were present in 48%, 21%, 14%, 39%, 13%, and 11% of the patients, respectively. After a median follow-up of 41 months, univariate statistical analyses revealed that del(13), t(4;14), nonhyperdiploidy, and del(17p) negatively impacted both the event-free survival and the overall survival, whereas t(11;14) and MYC translocations did not influence the prognosis. Multivariate analyses on 513 patients annotated for all the parameters showed that only t(4;14) and del(17p) retained prognostic value for both the event-free and overall survivals. When compared with the currently used International Staging System, this prognostic model compares favorably. In myeloma, the genomic aberrations t(4;14) and del(17p), together with beta2-microglobulin level, are important independent predictors of survival. These findings have implications for the design of risk-adapted treatment strategies.

Conflict of interest: The authors have declared no conflicts of interest for this article.

The copyright line for this article was changed on 05 October 2015 after original online publication.

This is an open access article under the terms of the Creative Commons Attribution-NonCommercial License, which permits use, distribution and reproduction in any medium, provided the original work is properly cited and is not used for commercial purposes.