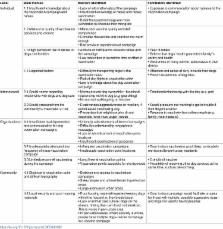 Canine rabies was reintroduced to the city of Arequipa, Peru in March 2015. The Ministry of Health has conducted a series of mass dog vaccination campaigns to contain the outbreak, but canine rabies virus transmission continues in Arequipa’s complex urban environment, putting the city’s 1 million inhabitants at risk of infection. The proximate driver of canine rabies in Arequipa is low dog vaccination coverage. Our objectives were to qualitatively assess barriers to and facilitators of rabies vaccination during mass campaigns, and to explore strategies to increase participation in future efforts.

We conducted 8 focus groups (FG) in urban and peri-urban communities of Mariano Melgar district; each FG included both sexes, and campaign participants and non-participants. All FG were transcribed and then coded independently by two coders. Results were summarized using the Social Ecological Model. At the individual level, participants described not knowing enough about rabies and vaccination campaigns, mistrusting the campaign, and being unable to handle their dogs, particularly in peri-urban vs. urban areas. At the interpersonal level, we detected some social pressure to vaccinate dogs, as well as some disparaging of those who invest time and money in pet dogs. At the organizational level, participants found the campaign information to be insufficient and ill-timed, and campaign locations and personnel inadequate. At the community level, the influence of landscape and topography on accessibility to vaccination points was reported differently between participants from the urban and peri-urban areas. Poor security and impermanent housing materials in the peri-urban areas also drives higher prevalence of guard dog ownership for home protection; these dogs usually roam freely on the streets and are more difficult to handle and bring to the vaccination points.

Canine rabies was reintroduced in Arequipa, Peru in March 2015, a rare event in an area previously declared free of transmission. In Arequipa, annual mass dog vaccination is practiced as a preventive strategy, with additional campaigns being implemented since the recent detection of the virus. However, these additional efforts have not quelled the outbreak and low dog vaccination coverage is driving ongoing transmission. We conducted focus groups in urban and peri-urban areas of Arequipa to identify barriers to and facilitators of canine vaccination during mass campaigns. Based on our findings, communication campaigns should seek to increase knowledge about canine rabies and the vaccination campaign, and provide timely messages on where and when vaccination is occurring. Small changes at the campaign’s vaccination points could increase public’s trust. Finally, there are differences between urban and peri-urban areas, such as landscape and topography that affect participation in mass vaccination campaigns and that should be considered when selecting locations for vaccination points.

The Feasibility of Canine Rabies Elimination in Africa: Dispelling Doubts with Data

Access to and utilisation of health services for the poor in Uganda: a systematic review of available evidence.

Noah Kiwanuka,  David Peterson,  M. Sohel Rahman … (2008)
Inequalities in the burden of disease and access to health care is a prominent concern in Uganda and other sub-Saharan African countries. This is a systematic review of socio-economic differences in morbidity and access to health care in Uganda. It includes published studies from electronic databases and official reports from surveys done by government, bilateral and multilateral agencies and universities. The outcome measures studied were: the distribution of HIV/AIDS; maternal and child morbidity; and access to and utilisation of health services for people belonging to different socio-economic and vulnerability groups. Forty-eight of 678 identified studies met our inclusion criteria. Results indicate that the poor and vulnerable experience a greater burden of disease but have lower access to health services than the less poor. Barriers to access arise from both the service providers and the consumers. Distance to service points, perceived quality of care and availability of drugs are key determinants of utilisation. Other barriers are perceived lack of skilled staff in public facilities, late referrals, health worker attitude, costs of care and lack of knowledge. Longitudinal and controlled studies are needed to see if strategies to improve access to services reach the poor.