The Costs of Meeting the Environmental Objectives for the Baltic Sea: A Review of the Literature 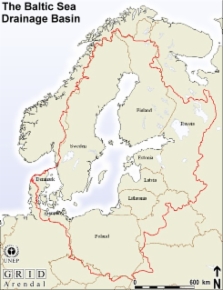 The environmental targets of the recently agreed Baltic Sea Action Plan (BSAP) targets are likely associated with a considerable cost, which motivates a search for low-cost policies. The following review shows there is a substantial literature on cost-efficient nutrient reduction strategies, including suggestions regarding low-cost abatement, but actual policies at international and national scale tend to be considerably more expensive due to lack of instruments that ensure a cost-efficient allocation of abatement across countries and sectors. Economic research on the costs of reducing hazardous substances and oil spill damages in the Baltic Sea is not available, but lessons from the international literature suggest that resources could be used more efficiently if appropriate analysis is undertaken. Common to these pollution problems is the need to ensure that all countries in the region are provided with positive incentives to implement international agreements.

Martine M J Champ (2000)
Achieving consensus on equitable and effective national and global regulation(s) for the use of organotins as biocides in antifouling boat bottom paints has proven to be very complex and difficult for a variety of reasons as discussed in this paper. There appears to be broad agreement among stakeholders about the effectiveness of tributyltin (TBT) in antifouling paints. A draft Assembly Resolution prepared by the Marine Environmental Protection Committee (MEPC) of the International Maritime Organization (IMO) to propose a global ban on the use of organotins in antifouling paints was approved by the IMO at its 21st regular session (November 1999). In approving the Resolution, the Assembly agreed that a legally binding instrument (global convention--an international treaty) be developed by the Marine Environmental Protection Committee that should ensure by 1 January 2003, a ban on the application of tributyltin (TBT)-based antifouling paints; and 1 January 2008 as the last date for having TBT-based antifouling paint on a vessel. The Assembly also agreed that a diplomatic conference be held in 2001 to consider adoption of the international legal instrument. Monitoring, policing, enforcement, fines and record-keeping are yet to be defined. In addition, the MEPC has also proposed that IMO promotes the use of environmentally-safe anti-fouling technologies to replace TBT. Existing national regulations in the US and Europe have: (1) restricted the use of TBT in antifouling boat bottom paints by vessel size (less than 25 m in length), thus eliminating TBT from the smaller and recreational vessels that exist in shallow coastal waters where the impacted oysters species grow; (2) restricted the release rates of TBT from co-polymer paints; and (3) eliminated the use of free TBT in paints. The present movement toward a global ban suggests that the above regulatory approach has not been sufficient in some countries. Advocates of the ban cite international findings of: (1) higher levels of TBT in surface waters of ports and open waters; (2) imposex still occurring and affecting a larger number of snail species; (3) TBT bioaccumulation in selected fisheries; and (4) the availability of 'comparable' alternatives (to TBT) with less environmental impact. The global ban has been absent of a policy debate on the: (1) lack of 'acceptable and approved' alternatives in many nations; (2) appreciation of market forces in nations without TBT regulations; (3) full consideration of the economic benefits from the use of TBT; (4) 'acceptance' of environmental impacts in marinas, ports and harbors; and (5) realization of the 'real' time period required by ships for antifoulant protection (is 5-7 years necessary or desirable?). Estimates of fuel savings range from $500 million to one billion. In assessing the environmental impact from TBT, there are two sources: the shipyard painting vessels and the painted vessel itself. Today vessels can be painted with regulated or banned antifouling materials by boatyards in a country that does not have TBT regulations and subsequently travel in international and regulated national waters and thus bringing the impact back to the country which was trying to prevent it. Worse, local and national regulations for TBT have proven to be the antithesis of the popular environmental cliché--'Think Globally and Act Locally.' Legislative policies enacted by 'regulated' countries to regulate the use of TBT to protect (their) local marine resources have subsequently had far reaching environmental and economic impacts which have in essence transferred TBT contamination to those countries least able to deal with it. Market forces are selective for cheap labor and cheap environments. 'Unregulated' countries have unknowingly accepted the environmental and human health risks to gain the economic benefits from painting TBT on ships. (ABSTRACT TRUNCATED)

Bonnie L. Hylander,  Michael E Goodsite (2006)
Mercury (Hg) has been used for millennia in many applications, primarily in artisanal mining and as an electrode in the chlor-alkali industry. It is anthropogenically emitted as a pollutant from coal fired power plants and naturally emitted, primarily from volcanoes. Its unique chemical characteristics enable global atmospheric transport and it is deposited after various processes, ultimately ending up in one of its final sinks, such as incorporated into deep sediment or bioaccumulated, primarily in the marine environment. All forms of Hg have been established as toxic, and there have been no noted biological benefits from the metal. Throughout time, there have been notable incidents of Hg intoxication documented, and the negative health effects have been documented to those chronically or acutely exposed. Today, exposure to Hg is largely diet or occupationally dependent, however, many are exposed to Hg from their amalgam fillings. This paper puts a tentative monetary value on Hg polluted food sources in the Arctic, where local, significant pollution sources are limited, and relates this to costs for strategies avoiding Hg pollution and to remediation costs of contaminated sites in Sweden and Japan. The case studies are compiled to help policy makers and the public to evaluate whether the benefits to the global environment from banning Hg and limiting its initial emission outweigh the benefits from its continued use or lack of control of Hg emissions. The cases we studied are relevant for point pollution sources globally and their remediation costs ranged between 2,500 and 1.1 million US dollars kg(-1) Hg isolated from the biosphere. Therefore, regulations discontinuing mercury uses combined with extensive flue gas cleaning for all power plants and waste incinerators is cost effective.

is assistant professor at the Swedish University of Agricultural Sciences. Her research is focused on management of water quality and of invasive species.