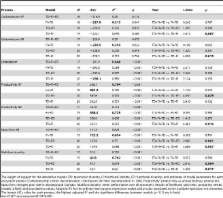 The accelerating rate of change in biodiversity patterns, mediated by ever increasing human pressures and global warming, demands a better understanding of the relationship between the structure of biological communities and ecosystem functioning (BEF). Recent investigations suggest that the functional structure of communities, i.e. the composition and diversity of functional traits, is the main driver of ecological processes. However, the predictive power of BEF research is still low, the integration of all components of functional community structure as predictors is still lacking, and the multifunctionality of ecosystems (i.e. rates of multiple processes) must be considered. Here, using a multiple-processes framework from grassland biodiversity experiments, we show that functional identity of species and functional divergence among species, rather than species diversity per se, together promote the level of ecosystem multifunctionality with a predictive power of 80%. Our results suggest that primary productivity and decomposition rates, two key ecosystem processes upon which the global carbon cycle depends, are primarily sustained by specialist species, i.e. those that hold specialized combinations of traits and perform particular functions. Contrary to studies focusing on single ecosystem functions and considering species richness as the sole measure of biodiversity, we found a linear and non-saturating effect of the functional structure of communities on ecosystem multifunctionality. Thus, sustaining multiple ecological processes would require focusing on trait dominance and on the degree of community specialization, even in species-rich assemblages.

Quantifying the evidence for biodiversity effects on ecosystem functioning and services.

Patricia Balvanera, Andrea B Pfisterer, Nina Buchmann … (2006)
Concern is growing about the consequences of biodiversity loss for ecosystem functioning, for the provision of ecosystem services, and for human well being. Experimental evidence for a relationship between biodiversity and ecosystem process rates is compelling, but the issue remains contentious. Here, we present the first rigorous quantitative assessment of this relationship through meta-analysis of experimental work spanning 50 years to June 2004. We analysed 446 measures of biodiversity effects (252 in grasslands), 319 of which involved primary producer manipulations or measurements. Our analyses show that: biodiversity effects are weaker if biodiversity manipulations are less well controlled; effects of biodiversity change on processes are weaker at the ecosystem compared with the community level and are negative at the population level; productivity-related effects decline with increasing number of trophic links between those elements manipulated and those measured; biodiversity effects on stability measures ('insurance' effects) are not stronger than biodiversity effects on performance measures. For those ecosystem services which could be assessed here, there is clear evidence that biodiversity has positive effects on most. Whilst such patterns should be further confirmed, a precautionary approach to biodiversity management would seem prudent in the meantime.