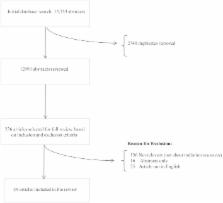 Objectives: The cancer burden in low- and middle-income countries (LMIC) is substantial. The purpose of this study was to identify and describe country and region-specific patterns of radiotherapy (RT) facilities in LMIC.

Methods: A systematic review of the literature was undertaken. A search strategy was developed to include articles on radiation capacity in LMIC from the following databases: PubMed, Embase, CINAHL Plus, Global Health, and the Latin American and Caribbean System on Health Sciences Information. Searches included all literature up to April 2013.

Results: A total of 49 articles were included in the review. Studies reviewed were divided into one of four regions: Africa, Asia, Eastern Europe, and South America. The African continent has the least amount of resources for RT. Furthermore, a wide disparity exists, as 60% of all machines on the continent are concentrated in Egypt and South Africa while 29 countries in Africa are still lacking any RT resource. A significant heterogeneity also exists across Southeast Asia despite a threefold increase in megavoltage teletherapy machines from 1976 to 1999, which corresponds with a rise in economic status. In LMIC of the Americas, only Uruguay met the International Atomic Energy Agency recommendations of 4 MV/million population, whereas Bolivia and Venezuela had the most radiation oncologists (>1 per 1000 new cancer cases). The main concern with the review of RT resources in Eastern Europe was the lack of data.

Conclusion: There is a dearth of publications on RT therapy infrastructure in LMIC. However, based on limited published data, availability of RT resources reflects the countries’ economic status. The challenges to delivering radiation in the discussed regions are multidimensional and include lack of physical resources, lack of human personnel, and lack of data. Furthermore, access to existing RT and affordability of care remains a large problem.

Expansion of cancer care and control in countries of low and middle income: a call to action.

Julio J Frenk,  Lincoln Chen,  Douglas W Blayney … (2010)
Substantial inequalities exist in cancer survival rates across countries. In addition to prevention of new cancers by reduction of risk factors, strategies are needed to close the gap between developed and developing countries in cancer survival and the effects of the disease on human suffering. We challenge the public health community's assumption that cancers will remain untreated in poor countries, and note the analogy to similarly unfounded arguments from more than a decade ago against provision of HIV treatment. In resource-constrained countries without specialised services, experience has shown that much can be done to prevent and treat cancer by deployment of primary and secondary caregivers, use of off-patent drugs, and application of regional and global mechanisms for financing and procurement. Furthermore, several middle-income countries have included cancer treatment in national health insurance coverage with a focus on people living in poverty. These strategies can reduce costs, increase access to health services, and strengthen health systems to meet the challenge of cancer and other diseases. In 2009, we formed the Global Task Force on Expanded Access to Cancer Care and Control in Developing Countries, which is composed of leaders from the global health and cancer care communities, and is dedicated to proposal, implementation, and evaluation of strategies to advance this agenda. Copyright © 2010 Elsevier Ltd. All rights reserved.

The rising burden of cancer in the developing world.

P Kanavos (2006)
Cancer remains one of the leading causes of morbidity and mortality worldwide. It is predicted that by 2020, the number of new cases of cancer in the world will increase to more than 15 million, with deaths increasing to 12 million. Much of the burden of cancer incidence, morbidity, and mortality will occur in the developing world. This forms part of a larger epidemiological transition in which the burden of chronic, non-communicable disease-once limited to industrialized nations-is now increasing in less developed countries. In addition to the accumulating risks associated with diet, tobacco, alcohol, lack of exercise, and industrial exposures, the developing world is already burdened by cancers some of which are attributable to infectious diseases. These disparities in cancer risk combined with poor access to epidemiological data, research, treatment, and cancer control and prevention combine to result in significantly poorer survival rates in developing countries for a range of specific malignancies. This paper summarizes the recent trends in the epidemiology and survival of cancers in the developing and developed world, and explores potential causes and policy responses to the disproportionate and growing cancer burden in less developed countries. Such responses may include raising awareness as well as education and training to foster better informed decision-making, together with improved cancer surveillance, early detection and emphasis on prevention. Improved health care financing and international initiatives and/or partnerships could also provide additional impetus in targeting resources where needed urgently.

Role of radiotherapy in cancer control in low-income and middle-income countries.

Michael Frommer,  M Barton,  Jesmin Shafiq (2006)
More than half the cases of cancer in the world arise in people in low-income and middle-income countries. This proportion will rise to 70% by 2020. These are regions where the annual gross national income per person is less than 9386 US dollars. Radiotherapy is an essential part of the treatment of cancer. In high-income countries, 52% of new cases of cancer should receive radiotherapy at least once and up to 25% might receive a second course. Because of the different distribution of tumour types worldwide and of the advanced stage at presentation, patients with cancer in low-income and middle-income regions could have a greater need for radiotherapy than those in high-income countries. Radiotherapy for cure or palliation has been shown to be cost effective. Many countries of low or middle income have limited access to radiotherapy, and 22 African and Asian countries have no service at all. In Africa in 2002, the actual supply of megavoltage radiotherapy machines (cobalt or linear accelerator) was only 155, 18% of the estimated need. In the Asia-Pacific region, nearly 4 million cases of cancer arose in 2002. In 12 countries with available data, 1147 megavoltage machines were available for an estimated demand of nearly 4000 megavoltage machines. Eastern Europe and Latin America showed similar shortages. Strategies for developing services need planning at a national level and substantial investment for staff training and equipment. Safe and effective development of services would benefit from: links with established facilities in other countries, particularly those within the same region; access to information, such as free online journal access; and better education of all medical staff about the roles and benefits of radiotherapy.

This article was submitted to Radiation Oncology, a section of the journal Frontiers in Oncology.