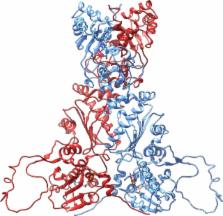 Dermatophytosis is a superficial fungal infection limited to the stratum corneum of the epidermis, or to the hair and nails, and constitutes an important public health problem because of its high prevalence and associated morbidity. Dermatophyte fungi, especially 2 species, Trichophyton rubrum and Trichophyton mentagrophytes, are the predominant pathogens. Topical antifungal drugs, mainly azoles or allyamines, are currently used for the treatment of dermatophytoses, although in some cases, such as in nail and hair involvement, systemic treatment is required. However, therapeutic efficacy of current antifungal agents can be limited by their side effects, costs, and the emergence of drug resistance among fungi. Plant extracts represent a potential source of active antimicrobial agents, due to the presence of a variety of chemical bioactive compounds. In the present work, we evaluated in silico and in vitro the antifungal activity of an extract of the medicinal plant Cardiospermum halicacabum against T. rubrum suggesting a potential interaction with Hsp90 as playing an important role in both pathogenicity and drug susceptibility of T. rubrum.

We investigated in vitro the effect of different concentrations of C. halicacabum (from 500 to 31.25 µg) against a clinical isolate of T. rubrum. Furthermore, using a computational assessment, the interaction between different C. halicacabum active compounds and the fungal Hsp90 was also investigated.

Our results indicate a clear-cut antifungal activity of the total plant extract at the highest concentrations (500 and 250 µg). Among all tested C. halicacabum compounds, the luteolin and rutin molecules have been identified in silico as the most important potential inhibitors of Hsp90. Based on these data, luteolin and rutin were also individually assessed for their antifungal activity. Results demonstrate that both substances display an antifungal effect, even if lower than that of the total plant extract.

Our data indicate a strong fungistatic effect of C. halicacabum against T. rubrum, suggesting its potential therapeutic efficacy in the treatment of dermatophytoses. Additionally, C. halicacabum compounds, and particularly luteolin and rutin, are all possible Hsp90 interactors, explaining their fungistatic activity.

Ligand docking and binding site analysis with PyMOL and Autodock/Vina

Daniel Seeliger,  Bert L de Groot (2010)
Docking of small molecule compounds into the binding site of a receptor and estimating the binding affinity of the complex is an important part of the structure-based drug design process. For a thorough understanding of the structural principles that determine the strength of a protein/ligand complex both, an accurate and fast docking protocol and the ability to visualize binding geometries and interactions are mandatory. Here we present an interface between the popular molecular graphics system PyMOL and the molecular docking suites Autodock and Vina and demonstrate how the combination of docking and visualization can aid structure-based drug design efforts.

Maruf M. U. Ali,  S. Mark Roe,  Cara Vaughan … (2006)
Hsp90 (heat shock protein of 90 kDa) is a ubiquitous molecular chaperone responsible for the assembly and regulation of many eukaryotic signalling systems and is an emerging target for rational chemotherapy of many cancers. Although the structures of isolated domains of Hsp90 have been determined, the arrangement and ATP-dependent dynamics of these in the full Hsp90 dimer have been elusive and contentious. Here we present the crystal structure of full-length yeast Hsp90 in complex with an ATP analogue and the co-chaperone p23/Sba1. The structure reveals the complex architecture of the 'closed' state of the Hsp90 chaperone, the extensive interactions between domains and between protein chains, the detailed conformational changes in the amino-terminal domain that accompany ATP binding, and the structural basis for stabilization of the closed state by p23/Sba1. Contrary to expectations, the closed Hsp90 would not enclose its client proteins but provides a bipartite binding surface whose formation and disruption are coupled to the chaperone ATPase cycle.

Leah E. Cowen,  Sheena Singh,  Julia Köhler … (2009)
Invasive fungal infections are a leading cause of mortality among immunocompromised individuals. Treatment is notoriously difficult with the limited armamentarium of antifungal drugs, whose efficacy is compromised by host toxicity, a limited activity spectrum, or the emergence of drug resistance. We previously established that the molecular chaperone Hsp90 enables the emergence and maintenance of fungal drug resistance. For the most prevalent fungal pathogen of humans, Candida albicans, Hsp90 mediates resistance to azoles, which inhibit ergosterol biosynthesis and are the most widely deployed antifungals in the clinic. For the emerging opportunistic pathogen Aspergillus terreus, Hsp90 is required for basal resistance to echinocandins, which inhibit beta(1, 3)-glucan synthesis and are the only new class of antifungals to reach the clinic in decades. Here, we explore the therapeutic potential of Hsp90 inhibitors in fungal disease using a tractable host-model system, larvae of the greater wax moth Galleria mellonella, and a murine model of disseminated disease. Combination therapy with Hsp90 inhibitors that are well tolerated in humans and an azole rescued larvae from lethal C. albicans infections. Combination therapy with an Hsp90 inhibitor and an echinocandin rescued larvae from infections with the most lethal mold, Aspergillus fumigatus. In a murine model of disseminated candidiasis, genetic compromise of C. albicans HSP90 expression enhanced the therapeutic efficacy of an azole. Thus, harnessing Hsp90 provides a much-needed strategy for improving the treatment of fungal disease because it enhances the efficacy of existing antifungals, blocks the emergence of drug resistance, and exerts broad-spectrum activity against diverse fungal pathogens.