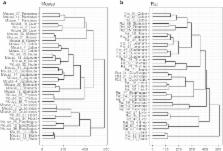 Gene functionality is closely connected to its expression specificity across tissues and cell types. RNA-Seq is a powerful quantitative tool to explore genome wide expression. The aim of this study is to provide a comprehensive RNA-Seq dataset across the same 13 tissues for mouse and rat, two of the most relevant species for biomedical research. The dataset provides the transcriptome across tissues from three male C57BL6 mice and three male Han Wistar rats. We also describe our bioinformatics pipeline to process and technically validate the data. Principal component analysis shows that tissue samples from both species cluster similarly. We show by comparative genomics that many genes with high sequence identity with respect to their human orthologues also have a highly correlated tissue distribution profile and are in agreement with manually curated literature data for human. In summary, the present study provides a unique resource for comparative genomics and will facilitate the analysis of tissue specificity and cross-species conservation in higher organisms.

,  ,   (2013)
Next-generation sequencing technologies generate millions of short sequence reads, which are usually aligned to a reference genome. In many applications, the key information required for downstream analysis is the number of reads mapping to each genomic feature, for example to each exon or each gene. The process of counting reads is called read summarization. Read summarization is required for a great variety of genomic analyses but has so far received relatively little attention in the literature. We present featureCounts, a read summarization program suitable for counting reads generated from either RNA or genomic DNA sequencing experiments. featureCounts implements highly efficient chromosome hashing and feature blocking techniques. It is considerably faster than existing methods (by an order of magnitude for gene-level summarization) and requires far less computer memory. It works with either single or paired-end reads and provides a wide range of options appropriate for different sequencing applications. featureCounts is available under GNU General Public License as part of the Subread (http://subread.sourceforge.net) or Rsubread (http://www.bioconductor.org) software packages.

Marco Marra,  Olena Morozova,  Martin Hirst (2009)
Transcriptome analysis has been a key area of biological inquiry for decades. Over the years, research in the field has progressed from candidate gene-based detection of RNAs using Northern blotting to high-throughput expression profiling driven by the advent of microarrays. Next-generation sequencing technologies have revolutionized transcriptomics by providing opportunities for multidimensional examinations of cellular transcriptomes in which high-throughput expression data are obtained at a single-base resolution.

Accelerated evolution of nervous system genes in the origin of Homo sapiens.

William Evans,  Steve Dorus,  Eric Vallender … (2004)
Human evolution is characterized by a dramatic increase in brain size and complexity. To probe its genetic basis, we examined the evolution of genes involved in diverse aspects of nervous system biology. We found that these genes display significantly higher rates of protein evolution in primates than in rodents. Importantly, this trend is most pronounced for the subset of genes implicated in nervous system development. Moreover, within primates, the acceleration of protein evolution is most prominent in the lineage leading from ancestral primates to humans. Thus, the remarkable phenotypic evolution of the human nervous system has a salient molecular correlate, i.e., accelerated evolution of the underlying genes, particularly those linked to nervous system development. In addition to uncovering broad evolutionary trends, our study also identified many candidate genes--most of which are implicated in regulating brain size and behavior--that might have played important roles in the evolution of the human brain.

J. Söllner analyzed the data and prepared the downstream analysis as well as most of the figures. G. Leparc implemented and described the data analysis pipeline and carried out the primary analysis of the data. T. Hildebrandt directed the RNA preparation and sequencing of the samples and was involved in the design of the study. H. Klein contributed code and supervised the design of the data analysis pipeline. L. Thomas performed the in-vivo analysis. E. Stupka reviewed the draft of the paper. E. Simon analyzed data, wrote the first draft of the manuscript and supervised the complete study. All authors critically read and approved the final manuscript.

Open Access This article is licensed under a Creative Commons Attribution 4.0 International License, which permits use, sharing, adaptation, distribution and reproduction in any medium or format, as long as you give appropriate credit to the original author(s) and the source, provide a link to the Creative Commons license, and indicate if changes were made. The images or other third party material in this article are included in the article’s Creative Commons license, unless indicated otherwise in a credit line to the material. If material is not included in the article’s Creative Commons license and your intended use is not permitted by statutory regulation or exceeds the permitted use, you will need to obtain permission directly from the copyright holder. To view a copy of this license, visit http://creativecommons.org/licenses/by/4.0/ The Creative Commons Public Domain Dedication waiver http://creativecommons.org/publicdomain/zero/1.0/ applies to the metadata files made available in this article.