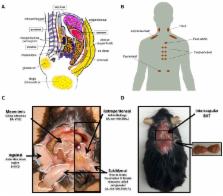 Obesity is an excessive accumulation or expansion of adipose tissue (AT) due to an increase in either the size and/or number of its characteristic cell type, the adipocyte. As one of the most significant public health problems of our time, obesity and its associated metabolic complications have demanded that attention be given to finding effective therapeutic options aimed at reducing adiposity or the metabolic dysfunction associated with its accumulation. Growth hormone (GH) has therapeutic potential due to its potent lipolytic effect and resultant ability to reduce AT mass while preserving lean body mass. However, AT and its resident adipocytes are significantly more dynamic and elaborate than once thought and require one not to use the reduction in absolute mass as a readout of efficacy alone. Paradoxically, therapies that reduce GH action may ultimately prove to be healthier, in part because GH also possesses potent anti-insulin activities along with concerns that GH may promote the growth of certain cancers. This review will briefly summarize some of the newer complexities of AT relevant to GH action and describe the current understanding of how GH influences this tissue using data from both humans and mice. We will conclude by considering the therapeutic use of GH or GH antagonists in obesity, as well as important gaps in knowledge regarding GH and AT.

Diego Ferone,  Paolo Marzullo,  Gaetano Lombardi … (2004)
This review focuses on the systemic complications of acromegaly. Mortality in this disease is increased mostly because of cardiovascular and respiratory diseases, although currently neoplastic complications have been questioned as a relevant cause of increased risk of death. Biventricular hypertrophy, occurring independently of hypertension and metabolic complications, is the most frequent cardiac complication. Diastolic and systolic dysfunction develops along with disease duration; and other cardiac disorders, such as arrhythmias, valve disease, hypertension, atherosclerosis, and endothelial dysfunction, are also common in acromegaly. Control of acromegaly by surgery or pharmacotherapy, especially somatostatin analogs, improves cardiovascular morbidity. Respiratory disorders, sleep apnea, and ventilatory dysfunction are also important contributors in increasing mortality and are advantageously benefitted by controlling GH and IGF-I hypersecretion. An increased risk of colonic polyps, which more frequently recur in patients not controlled after treatment, has been reported by several independent investigations, although malignancies in other organs have also been described, but less convincingly than at the gastrointestinal level. Finally, the most important cause of morbidity and functional disability of the disease is arthropathy, which can be reversed at an initial stage, but not if the disease is left untreated for several years.