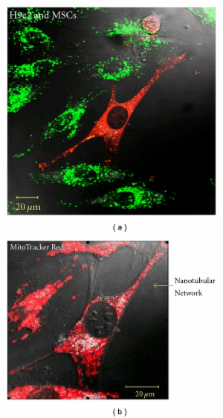 During the past several years, there has been intense research in the field of bone marrow-derived stem cell (BMSC) therapy to facilitate its translation into clinical setting. Although a lot has been accomplished, plenty of challenges lie ahead. Furthermore, there is a growing body of evidence showing that administration of BMSC-derived conditioned media (BMSC-CM) can recapitulate the beneficial effects observed after stem cell therapy. BMSCs produce a wide range of cytokines and chemokines that have, until now, shown extensive therapeutic potential. These paracrine mechanisms could be as diverse as stimulating receptor-mediated survival pathways, inducing stem cell homing and differentiation or regulating the anti-inflammatory effects in wounded areas. The current review reflects the rapid shift of interest from BMSC to BMSC-CM to alleviate many logistical and technical issues regarding cell therapy and evaluates its future potential as an effective regenerative therapy.

Florian Tögel, Zhuma Hu, Kathleen A. Weiss … (2005)
Severe acute renal failure (ARF) remains a common, largely treatment-resistant clinical problem with disturbingly high mortality rates. Therefore, we tested whether administration of multipotent mesenchymal stem cells (MSC) to anesthetized rats with ischemia-reperfusion-induced ARF (40-min bilateral renal pedicle clamping) could improve the outcome through amelioration of inflammatory, vascular, and apoptotic/necrotic manifestations of ischemic kidney injury. Accordingly, intracarotid administration of MSC (approximately 10(6)/animal) either immediately or 24 h after renal ischemia resulted in significantly improved renal function, higher proliferative and lower apoptotic indexes, as well as lower renal injury and unchanged leukocyte infiltration scores. Such renoprotection was not obtained with syngeneic fibroblasts. Using in vivo two-photon laser confocal microscopy, fluorescence-labeled MSC were detected early after injection in glomeruli, and low numbers attached at microvasculature sites. However, within 3 days of administration, none of the administered MSC had differentiated into a tubular or endothelial cell phenotype. At 24 h after injury, expression of proinflammatory cytokines IL-1beta, TNF-alpha, IFN-gamma, and inducible nitric oxide synthase was significantly reduced and that of anti-inflammatory IL-10 and bFGF, TGF-alpha, and Bcl-2 was highly upregulated in treated kidneys. We conclude that the early, highly significant renoprotection obtained with MSC is of considerable therapeutic promise for the cell-based management of clinical ARF. The beneficial effects of MSC are primarily mediated via complex paracrine actions and not by their differentiation into target cells, which, as such, appears to be a more protracted response that may become important in late-stage organ repair.

Amelia Bartholomew, Cord Sturgeon, Mandy Siatskas … (2002)
Mesenchymal stem cells (MSCs), multipotential cells that reside within the bone marrow, can be induced to differentiate into various components of the marrow microenvironment, such as bone, adipose, and stromal tissues. The bone marrow microenvironment is vital to the development, differentiation, and regulation of the lymphohematopoietic system. We hypothesized that the activities of MSCs in the bone marrow microenvironment might also include immunomodulatory effects on lymphocytes. Baboon MSCs were tested in vitro for their ability to elicit a proliferative response from allogeneic lymphocytes, to inhibit an ongoing allogeneic response, and to inhibit a proliferative response to potent T-cell mitogens. In vivo effects were tested by intravenous administration of donor MSCs to MHC-mismatched recipient baboons prior to placement of autologous, donor, and third-party skin grafts. MSCs failed to elicit a proliferative response from allogeneic lymphocytes. MSCs added into a mixed lymphocyte reaction, either on day 0 or on day 3, or to mitogen-stimulated lymphocytes, led to a greater than 50% reduction in proliferative activity. This effect could be maximized by escalating the dose of MSCs and could be reduced with the addition of exogenous IL-2. In vivo administration of MSCs led to prolonged skin graft survival when compared to control animals: 11.3 +/- 0.3 vs 7 +/- 0. Baboon MSCs have been observed to alter lymphocyte reactivity to allogeneic target cells and tissues. These immunoregulatory features may prove useful in future applications of tissue regeneration and stem cell engineering.

Hidemasa Oh, Steven B Bradfute, Teresa D Gallardo … (2003)
Potential repair by cell grafting or mobilizing endogenous cells holds particular attraction in heart disease, where the meager capacity for cardiomyocyte proliferation likely contributes to the irreversibility of heart failure. Whether cardiac progenitors exist in adult myocardium itself is unanswered, as is the question whether undifferentiated cardiac precursor cells merely fuse with preexisting myocytes. Here we report the existence of adult heart-derived cardiac progenitor cells expressing stem cell antigen-1. Initially, the cells express neither cardiac structural genes nor Nkx2.5 but differentiate in vitro in response to 5'-azacytidine, in part depending on Bmpr1a, a receptor for bone morphogenetic proteins. Given intravenously after ischemia/reperfusion, cardiac stem cell antigen 1 cells home to injured myocardium. By using a Cre/Lox donor/recipient pair (alphaMHC-Cre/R26R), differentiation was shown to occur roughly equally, with and without fusion to host cells.