Hyperparasitoids Use Herbivore-Induced Plant Volatiles to Locate Their Parasitoid Host 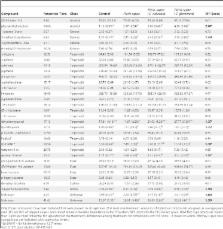 Parasitic wasps that develop inside herbivorous hosts alter the volatiles produced by plants in response to the damage, thus giving away the presence of the parasitoid larvae to their hyperparasitoid enemies.

In nature, plants often release volatiles in response to damage by herbivores (e.g., by caterpillars), and these can indirectly help defend the plants. Indeed, it is well documented that volatiles can recruit the natural enemies of herbivores, such as predators and parasitoid wasps, whose offspring feed on and develop within their caterpillar hosts. However, such induced plant odours can also be detected by other organisms. One important group of organisms, hyperparasitoids, the enemies of the parasitoids that indirectly benefit the plants, have not been included in this trophic web because so little is known about their foraging behaviour. Here, using a combination of laboratory and field experiments, we demonstrate that hyperparasitoid wasps also take advantage of the odours that plants produce in response to the feeding by caterpillars. The larvae of parasitic wasps developing inside the caterpillar alter the composition of the oral secretions of their herbivorous host and thereby affect the cocktail of volatiles the plant produces. The hyperparasitoids on the lookout for their parasitoid prey can preferentially detect infected caterpillars, although not all parasitoid wasps gave away their presence through this host–plant interaction. We conclude that herbivore-induced plant volatiles can affect the interaction among parasitoids and their enemies and thereby may reduce the indirect defence accrued for the plant.

Martin Heil, Richard Karban (2010)
In spite of initial doubts about the reality of 'talking trees', plant resistance expression mediated by volatile compounds that come from neighboring plants is now well described. Airborne signals usually improve the resistance of the receiver, but without obvious benefits for the emitter, thus making the evolutionary explanation of this phenomenon problematic. Here, we discuss four possible non-exclusive explanations involving the role of volatiles: in direct defense, as within-plant signals, as traits that synergistically interact with other defenses, and as cues among kin. Unfortunately, there is a lack of knowledge on the fitness consequences of plant communication for both emitter and receiver. This information is crucial to understanding the ecology and evolution of plant communication via airborne cues.

Chemical complexity of volatiles from plants induced by multiple attack.

Marcel Dicke, Joop van Loon, Roxina Soler (2009)
The attack of a plant by herbivorous arthropods can result in considerable changes in the plant's chemical phenotype. The emission of so-called herbivore-induced plant volatiles (HIPV) results in the attraction of carnivorous enemies of the herbivores that induced these changes. HIPV induction has predominantly been investigated for interactions between one plant and one attacker. However, in nature plants are exposed to a variety of attackers, either simultaneously or sequentially, in shoots and roots, causing much more complex interactions than have usually been investigated in the context of HIPV. To develop an integrated view of how plants respond to their environment, we need to know more about the ways in which multiple attackers can enhance, attenuate, or otherwise alter HIPV responses. A multidisciplinary approach will allow us to investigate the underlying mechanisms of HIPV emission in terms of phytohormones, transcriptional responses and biosynthesis of metabolites in an effort to understand these complex plant-arthropod interactions.

Ecological role of volatiles produced by plants in response to damage by herbivorous insects.

V. Hare (2010)
Plants often release a blend of volatile organic compounds in response to damage by herbivorous insects that may serve as cues to locate those herbivores by natural enemies. The blend of compounds emitted by plants may be more variable than is generally assumed. The quantity and the composition of the blends may vary with the species of the herbivore, the plant species and genotype within species, the environmental conditions under which plants are grown, and the number of herbivore species attacking the plant. Although it is often assumed that induced emission of these compounds is an adaptive tactic on the part of plants, the evidence that such responses minimize fitness losses of plants remains sparse because the necessary data on plant fitness rarely have been collected. The application of techniques of evolutionary quantitative genetics may facilitate the testing of widely held hypotheses about the evolution of induced production of volatile compounds under natural conditions.

This study was supported by the Strategic Fund of the Graduate School Experimental Plant Sciences (EPS) and the Earth and Life Sciences Council of the Netherlands Organisation for Scientific Research (NWO-ALW) by a Veni Grant 863.10.012 (to EHP), Vici Grant 865.03.002 (to MD) and Ecogenomics Grant 844.10.005 (to FZ). The funders had no role in study design, data collection and analysis, decision to publish, or preparation of the manuscript.