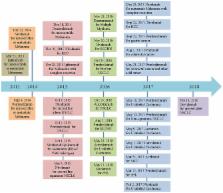 Remarkable progress has been made in the field of cancer immunotherapy in the past few years. Immunotherapy has become a standard treatment option for patients with various cancers, including melanoma, lymphoma, and carcinomas of the lungs, kidneys, bladder, and head and neck. Promising immunotherapy approaches, such as chimeric antigen receptor (CAR) T cell therapy and therapeutic blockade of immune checkpoints, in particular cytotoxic T lymphocyte-associated protein 4 (CTLA-4) and programmed cell death protein 1 pathway (PD-1/PD-L1), have boosted the development of new therapeutic regimens for patients with cancer. Immunotherapeutic strategies for diffuse large B-cell lymphoma (DLBCL) include monoclonal anti-CD20 antibody (rituximab), monoclonal anti-PD-1 antibodies (nivolumab and pembrolizumab), monoclonal anti-PD-L1 antibodies (avelumab, durvalumab, and atezolizumab) and chimeric antigen receptor (CAR) T cell therapy. In this review, we outline the latest highlights and progress in using immunotherapy to treat patients with DLBCL, with a focus on the therapeutic blockade of PD-1/PD-L1 and CAR T cell therapy in DLBCL. We also discuss current clinical trials of PD-1/PD-L1 and CAR T cell therapy and review the challenges and opportunities of using immunotherapy for the treatment of DLBCL.

Involvement of PD-L1 on tumor cells in the escape from host immune system and tumor immunotherapy by PD-L1 blockade.

Y Iwai,  M. Ishida,  Y. Tanaka … (2002)
PD-1 is a receptor of the Ig superfamily that negatively regulates T cell antigen receptor signaling by interacting with the specific ligands (PD-L) and is suggested to play a role in the maintenance of self-tolerance. In the present study, we examined possible roles of the PD-1/PD-L system in tumor immunity. Transgenic expression of PD-L1, one of the PD-L, in P815 tumor cells rendered them less susceptible to the specific T cell antigen receptor-mediated lysis by cytotoxic T cells in vitro, and markedly enhanced their tumorigenesis and invasiveness in vivo in the syngeneic hosts as compared with the parental tumor cells that lacked endogenous PD-L. Both effects could be reversed by anti-PD-L1 Ab. Survey of murine tumor lines revealed that all of the myeloma cell lines examined naturally expressed PD-L1. Growth of the myeloma cells in normal syngeneic mice was inhibited significantly albeit transiently by the administration of anti-PD-L1 Ab in vivo and was suppressed completely in the syngeneic PD-1-deficient mice. These results suggest that the expression of PD-L1 can serve as a potent mechanism for potentially immunogenic tumors to escape from host immune responses and that blockade of interaction between PD-1 and PD-L may provide a promising strategy for specific tumor immunotherapy.

Inducible apoptosis as a safety switch for adoptive cell therapy.

Antonio Di Stasi,  Siok-Keen Tey,  Gianpietro Dotti … (2011)
Cellular therapies could play a role in cancer treatment and regenerative medicine if it were possible to quickly eliminate the infused cells in case of adverse events. We devised an inducible T-cell safety switch that is based on the fusion of human caspase 9 to a modified human FK-binding protein, allowing conditional dimerization. When exposed to a synthetic dimerizing drug, the inducible caspase 9 (iCasp9) becomes activated and leads to the rapid death of cells expressing this construct. We tested the activity of our safety switch by introducing the gene into donor T cells given to enhance immune reconstitution in recipients of haploidentical stem-cell transplants. Patients received AP1903, an otherwise bioinert small-molecule dimerizing drug, if graft-versus-host disease (GVHD) developed. We measured the effects of AP1903 on GVHD and on the function and persistence of the cells containing the iCasp9 safety switch. Five patients between the ages of 3 and 17 years who had undergone stem-cell transplantation for relapsed acute leukemia were treated with the genetically modified T cells. The cells were detected in peripheral blood from all five patients and increased in number over time, despite their constitutive transgene expression. A single dose of dimerizing drug, given to four patients in whom GVHD developed, eliminated more than 90% of the modified T cells within 30 minutes after administration and ended the GVHD without recurrence. The iCasp9 cell-suicide system may increase the safety of cellular therapies and expand their clinical applications. (Funded by the National Heart, Lung, and Blood Institute and the National Cancer Institute; ClinicalTrials.gov number, NCT00710892.).

F. Stephen Hodi,  Jason Chesney,  Anna C Pavlick … (2016)
Results from phase 2 and 3 trials in patients with advanced melanoma have shown significant improvements in the proportion of patients achieving an objective response and prolonged progression-free survival with the combination of nivolumab (an anti-PD-1 antibody) plus ipilimumab (an anti-CTLA-4 antibody) compared with ipilimumab alone. We report 2-year overall survival data from a randomised controlled trial assessing this treatment in previously untreated advanced melanoma.

This article was submitted to Cancer Immunity and Immunotherapy, a section of the journal Frontiers in Oncology