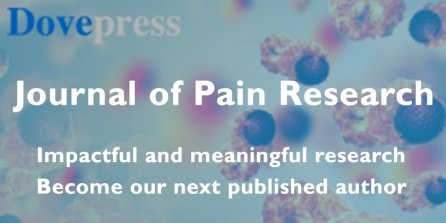 This international, peer-reviewed Open Access journal by Dove Medical Press focuses on reporting of high-quality laboratory and clinical findings in all fields of pain research and the prevention and management of pain. Sign up for email alerts here.

Mind–body interactions play a major role in the prognosis of chronic pain, and mind–body therapies such as meditation, yoga, Tai Chi, and Feldenkrais presumably provide benefits for pain patients. The Multidimensional Assessment of Interoceptive Awareness (MAIA) scales, designed to measure key aspects of mind–body interaction, were developed and validated with individuals practicing mind–body therapies, but have never been used in pain patients.

We administered the MAIA to primary care patients with past or current low back pain and explored differences in the performance of the MAIA scales between this and the original validation sample. We compared scale means, exploratory item cluster and confirmatory factor analyses, scale–scale correlations, and internal-consistency reliability between the two samples and explored correlations with validity measures.

Responses were analyzed from 435 patients, of whom 40% reported current pain. Cross-sectional comparison between the two groups showed marked differences in eight aspects of interoceptive awareness. Factor and cluster analyses generally confirmed the conceptual model with its eight dimensions in a pain population. Correlations with validity measures were in the expected direction. Internal-consistency reliability was good for six of eight MAIA scales. We provided specific suggestions for their further development.

The clinical use of mindfulness meditation for the self-regulation of chronic pain.

Jon Kabat-Zinn, Leslie Lipworth, Robert G. Burney (1985)
Ninety chronic pain patients were trained in mindfulness meditation in a 10-week Stress Reduction and Relaxation Program. Statistically significant reductions were observed in measures of present-moment pain, negative body image, inhibition of activity by pain, symptoms, mood disturbance, and psychological symptomatology, including anxiety and depression. Pain-related drug utilization decreased and activity levels and feelings of self-esteem increased. Improvement appeared to be independent of gender, source of referral, and type of pain. A comparison group of pain patients did not show significant improvement on these measures after traditional treatment protocols. At follow-up, the improvements observed during the meditation training were maintained up to 15 months post-meditation training for all measures except present-moment pain. The majority of subjects reported continued high compliance with the meditation practice as part of their daily lives. The relationship of mindfulness meditation to other psychological methods for chronic pain control is discussed.