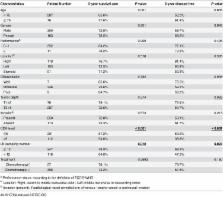 A preoperative CEA level of less than or equal to 5 ng/mL, and curative surgery with an adequate lymphadenectomy determined a favorable OS outcome in stage III colon cancer with only one LN metastasis.

Improved overall survival with oxaliplatin, fluorouracil, and leucovorin as adjuvant treatment in stage II or III colon cancer in the MOSAIC trial.

This study was funded by National Research Program for Biopharmaceuticals (NRPB) at the Ministry of science and Technology of Taiwan; MOST 103-2325-B-002-033.