Decline in Distribution and Abundance: Urban Hedgehogs under Pressure 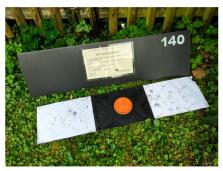 Hedgehogs have been found in higher densities in urban compared to rural areas. Recent dramatic declines in rural hedgehog numbers lead us to pose the question: how are hedgehogs faring in urban areas? In this study, we examined how hedgehog numbers have changed in the city of Zurich, Switzerland, in the last 25 years. We compared data collected through citizen science projects conducted in 1992 and 2016–2018, including: observations of hedgehogs, data from footprint tunnels, and capture-mark recapture studies. We found that hedgehog numbers have declined by 41%, from the former average of more than 30 individuals per km 2, in the last 25 years. In the same time span, hedgehogs have lost 18% of their former urban distribution. The reasons for this decline are still unknown. Intensification of urban buildup, reduction of green space quality, the use of pesticides, parasites, or diseases, as well as increasing numbers of badgers, which are hedgehog predators, in urban areas are discussed as potential causes. Worryingly, these results suggest that hedgehogs are now under increasing pressure not only in rural but also in urban areas, their former refuges.

Increasing urbanization and densification are two of the largest global threats to biodiversity. However, certain species thrive in urban spaces. Hedgehogs Erinaceus europaeus have been found in higher densities in green areas of settlements as compared to rural spaces. With recent studies pointing to dramatically declining hedgehog numbers in rural areas, we pose the question: how do hedgehogs fare in urban spaces, and do these spaces act as refuges? In this study, recent (2016–2018) and past (1992) hedgehog abundance and distribution were compared across the city of Zurich, Switzerland using citizen science methods, including: footprint tunnels, capture-mark recapture, and incidental sightings. Our analyses revealed consistent negative trends: Overall hedgehog distribution decreased by 17.6% ± 4.7%, whereas abundance declined by 40.6% (mean abundance 32 vs. 19 hedgehogs/km 2, in past and recent time, respectively), with one study plot even showing a 91% decline in this period (78 vs. 7 hedgehogs/km 2, respectively). We discuss possible causes of this rapid decline: increased urban densification, reduction of insect biomass, and pesticide use, as well as the role of increasing populations of badgers (a hedgehog predator) and parasites or diseases. Our results suggest that hedgehogs are now under increasing pressure not only in rural but also in urban areas, their former refuges.

Global forecasts of urban expansion to 2030 and direct impacts on biodiversity and carbon pools.

Karen Seto,  Burak Güneralp,  Lucy Hutyra (2012)
Urban land-cover change threatens biodiversity and affects ecosystem productivity through loss of habitat, biomass, and carbon storage. However, despite projections that world urban populations will increase to nearly 5 billion by 2030, little is known about future locations, magnitudes, and rates of urban expansion. Here we develop spatially explicit probabilistic forecasts of global urban land-cover change and explore the direct impacts on biodiversity hotspots and tropical carbon biomass. If current trends in population density continue and all areas with high probabilities of urban expansion undergo change, then by 2030, urban land cover will increase by 1.2 million km(2), nearly tripling the global urban land area circa 2000. This increase would result in considerable loss of habitats in key biodiversity hotspots, with the highest rates of forecasted urban growth to take place in regions that were relatively undisturbed by urban development in 2000: the Eastern Afromontane, the Guinean Forests of West Africa, and the Western Ghats and Sri Lanka hotspots. Within the pan-tropics, loss in vegetation biomass from areas with high probability of urban expansion is estimated to be 1.38 PgC (0.05 PgC yr(-1)), equal to ∼5% of emissions from tropical deforestation and land-use change. Although urbanization is often considered a local issue, the aggregate global impacts of projected urban expansion will require significant policy changes to affect future growth trajectories to minimize global biodiversity and vegetation carbon losses.

Urbanization as a major cause of biotic homogenization

Oliver Lowry,  Markus A. Lill,  Rina P M Wong (2013)
Increased urbanization represents a formidable challenge for wildlife. Nevertheless, a few species appear to thrive in the evolutionarily novel environment created by cities, demonstrating the remarkable adaptability of some animals. We argue that individuals that can adjust their behaviours to the new selection pressures presented by cities should have greater success in urban habitats. Accordingly, urban wildlife often exhibit behaviours that differ from those of their rural counterparts, from changes to food and den preferences to adjustments in the structure of their signals. Research suggests that behavioural flexibility (or phenotypic plasticity) may be an important characteristic for succeeding in urban environments. Moreover, some individuals or species might possess behavioural traits (a particular temperament) that are inherently well suited to occupying urban habitats, such as a high level of disturbance tolerance. This suggests that members of species that are less 'plastic' or naturally timid in temperament are likely to be disadvantaged in high-disturbance environments and consequently may be precluded from colonizing cities and towns. © 2012 The Authors. Biological Reviews © 2012 Cambridge Philosophical Society.