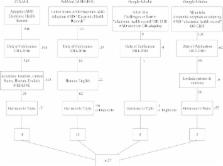 Federal efforts and local initiatives to increase adoption and use of electronic health records (EHRs) continue, particularly since the enactment of the Health Information Technology for Economic and Clinical Health (HITECH) Act. Roughly one in four hospitals not adopted even a basic EHR system. A review of the barriers may help in understanding the factors deterring certain healthcare organizations from implementation. We wanted to assemble an updated and comprehensive list of adoption barriers of EHR systems in the United States. Authors searched CINAHL, MEDLINE, and Google Scholar, and accepted only articles relevant to our primary objective. Reviewers independently assessed the works highlighted by our search and selected several for review. Through multiple consensus meetings, authors tapered articles to a final selection most germane to the topic ( n = 27). Each article was thoroughly examined by multiple authors in order to achieve greater validity. Authors identified 39 barriers to EHR adoption within the literature selected for the review. These barriers appeared 125 times in the literature; the most frequently mentioned barriers were regarding cost, technical concerns, technical support, and resistance to change. Despite federal and local incentives, the initial cost of adopting an EHR is a common existing barrier. The other most commonly mentioned barriers include technical support, technical concerns, and maintenance/ongoing costs. Policy makers should consider incentives that continue to reduce implementation cost, possibly aimed more directly at organizations that are known to have lower adoption rates, such as small hospitals in rural areas.

Michael F Furukawa,  Jennifer King,  Vaishali Patel … (2014)
The United States is making substantial investments to accelerate the adoption and use of interoperable electronic health record (EHR) systems. Using data from the 2009-13 Electronic Health Records Survey, we found that EHR adoption continues to grow: In 2013, 78 percent of office-based physicians had adopted some type of EHR, and 48 percent had the capabilities required for a basic EHR system. However, we also found persistent gaps in EHR adoption, with physicians in solo practices and non-primary care specialties lagging behind others. Physicians' electronic health information exchange with other providers was limited, with only 14 percent sharing data with providers outside their organization. Finally, we found that 30 percent of physicians routinely used capabilities for secure messaging with patients, and 24 percent routinely provided patients with the ability to view online, download, or transmit their health record. These findings suggest that although EHR adoption continues to grow, policies to support health information exchange and patient engagement will require ongoing attention.

Sima Ajami,  Tayyebe Bagheri-Tadi (2013)
CONFLICT OF INTEREST: NONE DECLARED Introduction Electronic Medical Records (EMRs) are computerized medical information systems that collect, store and display patient information. They are means to create legible and organized recordings and to access clinical information about individual patients. Despite of the positive effects of the EMRs usage in medical practices, the adoption rate of such systems is still low and meets resistance from physicians. The EHRs represent an essential tool for improving both in the safety and quality of health care, though physicians must actively use these systems to accrue the benefits. This study was unsystematic-review. Aim The aim of this study was to express barriers perceived y physicians to the adoption of the EHRs. Method of the study This study was non-systematic reviewed which the literature was searched on barriers perceived by physicians to the adoption of Electronic Health Records (EHRs) with the help of library, books, conference proceedings, data bank, and also searches engines available at Google, Google scholar. Discussion For our searches, we employed the following keywords and their combinations: physicians, electronic medical record, electronic health record, barrier, and adoption in the searching areas of title, keywords, abstract, and full text. In this study, more than 100 articles and reports were collected and 27 of them were selected based on their relevancy. Electronic health record use requires the presence of certain user and system attributes, support from others, and numerous organizational and environment facilitators.

Adoption Factors of the Electronic Health Record: A Systematic Review

Clemens Scott Kruse,  Krysta Kothman,  Keshia Anerobi … (2016)
Background The Health Information Technology for Economic and Clinical Health (HITECH) was a significant piece of legislation in America that served as a catalyst for the adoption of health information technology. Following implementation of the HITECH Act, Health Information Technology (HIT) experienced broad adoption of Electronic Health Records (EHR), despite skepticism exhibited by many providers for the transition to an electronic system. A thorough review of EHR adoption facilitator and barriers provides ongoing support for the continuation of EHR implementation across various health care structures, possibly leading to a reduction in associated economic expenditures. Objective The purpose of this review is to compile a current and comprehensive list of facilitators and barriers to the adoption of the EHR in the United States. Methods Authors searched Cumulative Index of Nursing and Allied Health Literature (CINAHL) and MEDLINE, 01/01/2012–09/01/2015, core clinical/academic journals, MEDLINE full text, and evaluated only articles germane to our research objective. Team members selected a final list of articles through consensus meetings (n=31). Multiple research team members thoroughly read each article to confirm applicability and study conclusions, thereby increasing validity. Results Group members identified common facilitators and barriers associated with the EHR adoption process. In total, 25 adoption facilitators were identified in the literature occurring 109 times; the majority of which were efficiency, hospital size, quality, access to data, perceived value, and ability to transfer information. A total of 23 barriers to adoption were identified in the literature, appearing 95 times; the majority of which were cost, time consuming, perception of uselessness, transition of data, facility location, and implementation issues. Conclusions The 25 facilitators and 23 barriers to the adoption of the EHR continue to reveal a preoccupation on cost, despite incentives in the HITECH Act. Limited financial backing and outdated technology were also common barriers frequently mentioned during data review. Future public policy should include incentives commensurate with those in the HITECH Act to maintain strong adoption rates.