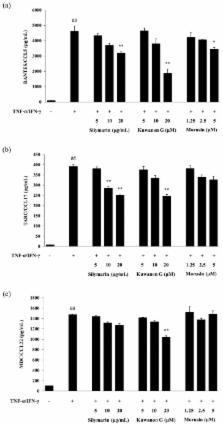 Atopic dermatitis and the atopic march.

J. Spergel (2003)
Atopic dermatitis (AD), one of the most common skin disorders seen in infants and children, usually has its onset during the first 6 months of life. The prevalence of AD is similar in the United States, Europe, and Japan and is increasing, similar to that of other atopic disorders, particularly asthma. AD has been classified into 3 sequential phases: infantile, childhood, and adult, each with characteristic physical findings. AD has a tremendously negative effect on the quality of life of patients as well as family, most commonly disturbing sleep. The condition also creates a great financial burden for both the family and society. The cutaneous manifestations of atopy often represent the beginning of the atopic march. On the basis of several longitudinal studies, approximately half of AD patients will develop asthma, particularly with severe AD, and two thirds will develop allergic rhinitis. Epicutaneous sensitization has been thought to be responsible, with subsequent migration of sensitized T cells into the nose and airways, causing upper and lower airway disease. Animal models and human observation concur with this theory. Preliminary prevention studies with oral antihistamines provide evidence that early intervention might slow the atopic march.

Umasundari Sivaprasad,  Eric Brandt,  Emma Brandt (2011)
Atopic dermatitis (AD), a chronic relapsing inflammatory skin disease, is increasing in prevalence around the world. Intensive research is ongoing to understand the mechanisms involved in the development of AD and offer new treatment options for patients suffering from AD. In this review, we highlight the importance of allergic Th2 responses in the development of the disease and summarize relevant literature, including genetic studies, studies of human skin and mechanistic studies on keratinocytes and mouse models of AD. We discuss the importance of the skin barrier and review recent findings on the pro-Th2 cytokines TSLP, IL-25, and IL-33, notably their ability to polarize dendritic cells and promote Th2 responses. After a brief update on the contribution of different T-cell subsets to AD, we focus on Th2 cells and the respective contributions of each of the Th2 cytokines (IL-4, IL-13, IL-5, IL-31, and IL-10) to AD. We conclude with a brief discussion of the current gaps in our knowledge and technical limitations.

H Yoneyama,  K Matsushima,  K Bang … (2000)
Atopic dermatitis is an inflammatory skin disease in which the inflammation is characterized by the influx of lymphocytes into the dermis. It is generally believed that atopic dermatitis is a Th2-type disease, i.e., the T lymphocytes produce interleukin-4, interleukin-5, interleukin-10, and interleukin-13, although it has become evident in recent years that the cytokine profile in the skin changes during the course of the disease towards a Th1-Th2 mixed cytokine profile (interferon-gamma, tumor necrosis factor alpha, and interleukin-2). The lymphocytes that home into the skin express cutaneous lymphocyte-associated antigen, and it has recently been shown that most of the lymphocytes in this population express the chemokine receptor CCR4. CCR4 is the receptor for the CC chemokine TARC (thymus and activation regulated chemokine), and this chemokine is expressed predominantly by keratinocytes in the basal layer of the epidermis of lesional atopic dermatitis skin in mice. In humans, however, it was shown to be expressed in the endothelial cells of the dermis. We have examined the peripheral blood mononuclear cells of atopic dermatitis patients for the expression of cutaneous lymphocyte-associated antigen and CCR4 and compared them with peripheral blood mononuclear cells from normal controls. We found that the proportion of CLA+CCR4+ lymphocytes is upregulated in atopic dermatitis patients. In addition we have examined skin biopsies of lesional and non-lesional skin from atopic dermatitis patients and found that the keratinocytes, but not the endothelial cells, produce TARC in the lesional but not in the nonlesional skin. To gain insight in the stimulatory mechanisms for TARC production in keratinocytes, as previously observed in mice, we cultured HaCaT cells and found that interferon-gamma and tumor necrosis factor alpha work synergistically to induce TARC production. These observations suggest that the induction of TARC production in keratinocytes plays an important role in the late phase skin invasion by CCR4+CLA+ Th2-type lymphocytes in atopic dermatitis.