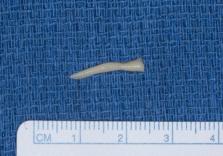 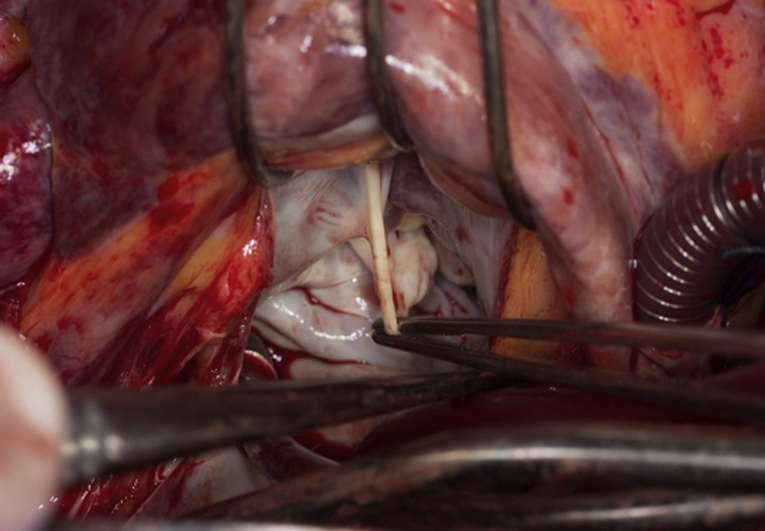 Accessory mitral valve in an adult population: the role of echocardiography in diagnosis and management.

S Thanigaraj, Aleksandr Rovner, E. Perez Codina (2005)
Accessory mitral valve is a rare congenital abnormality and is an unusual cause for subvalvular left ventricular outflow tract (LVOT) obstruction. It is detected first in children and is very rarely noticed in adults. The most common clinical presentation is symptomatic LVOT obstruction. We present a case series of 5 adult patients with varying clinical presentations in which the accessory mitral valve was diagnosed using echocardiography. Three patients presented with varying degrees of symptomatic LVOT obstruction, one presented with recurrent transient ischemic attack and stroke, and one patient was incidentally diagnosed during echocardiography to exclude endocarditis. Accessory mitral valve should be suggested in patients with LVOT obstruction.

Beatrice Musumeci, Paolo Spirito, Maria Isola Parodi … (2011)
Accessory mitral valve tissue is a rare congenital cardiac anomaly that was initially described in children in association with other cardiac congenital abnormalities and, more recently, has also been reported in adults. The authors report a patient with genetically confirmed hypertrophic cardiomyopathy who also had a highly mobile, free-floating membrane-like structure in contiguity with the ventricular side of the anterior mitral valve leaflet, a feature consistent with the diagnosis of accessory mitral valve tissue.

Seung-Hoon Baek, Hee Kim, Hyae Jin Kim … (2017)
We report obstruction of the left ventricle outflow tract (LVOT) caused by cardiac myxoma that was misidentified as an accessory mitral valve tissue preoperatively. A 65-year-old woman presented with chest discomfort that persisted for 7 days. Transthoracic echocardiography (TTE) revealed a mobile, low-echogenic, balloon-shaped mass attached to the anterior mitral valve leaflet and papillary muscle, which was suspected to be an accessory mitral valve tissue. Because the mass caused LVOT obstruction and it could result in hemodynamic instability, emergency operation was performed. Intraoperative transesophageal echocardiography (TEE) was performed, and the mass had irregular margins and was pedunculated, with a stalk originating from the left ventricle (LV) wall and extending to the lateral chordae of the mitral valve. The surgeon excised the mass filled with the myxomatous mass, which was yellowish and gelatinous and had a stiff stalk, and histopathologic diagnosis confirmed a myxoma. Although mitral valve or LV myxomas are rare, TEE is a useful tool for distinguishing a myxoma from other intracardiac masses, such as vegetation or an accessory mitral valve tissue.