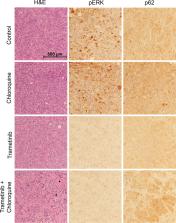 Rebecca Siegel,  Kimberly D Miller,  Ahmedin Jemal (2017)
Each year, the American Cancer Society estimates the numbers of new cancer cases and deaths that will occur in the United States in the current year and compiles the most recent data on cancer incidence, mortality, and survival. Incidence data were collected by the Surveillance, Epidemiology, and End Results Program; the National Program of Cancer Registries; and the North American Association of Central Cancer Registries. Mortality data were collected by the National Center for Health Statistics. In 2017, 1,688,780 new cancer cases and 600,920 cancer deaths are projected to occur in the United States. For all sites combined, the cancer incidence rate is 20% higher in men than in women, while the cancer death rate is 40% higher. However, sex disparities vary by cancer type. For example, thyroid cancer incidence rates are 3-fold higher in women than in men (21 vs 7 per 100,000 population), despite equivalent death rates (0.5 per 100,000 population), largely reflecting sex differences in the "epidemic of diagnosis." Over the past decade of available data, the overall cancer incidence rate (2004-2013) was stable in women and declined by approximately 2% annually in men, while the cancer death rate (2005-2014) declined by about 1.5% annually in both men and women. From 1991 to 2014, the overall cancer death rate dropped 25%, translating to approximately 2,143,200 fewer cancer deaths than would have been expected if death rates had remained at their peak. Although the cancer death rate was 15% higher in blacks than in whites in 2014, increasing access to care as a result of the Patient Protection and Affordable Care Act may expedite the narrowing racial gap; from 2010 to 2015, the proportion of blacks who were uninsured halved, from 21% to 11%, as it did for Hispanics (31% to 16%). Gains in coverage for traditionally underserved Americans will facilitate the broader application of existing cancer control knowledge across every segment of the population. CA Cancer J Clin 2017;67:7-30. © 2017 American Cancer Society.