Astragaloside IV: An Effective Drug for the Treatment of Cardiovascular Diseases 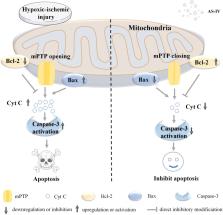 Cardiovascular disease (CVD), the number one cause of death worldwide, has always been the focus of clinical and scientific research. Due to the high number of deaths each year, it is essential to find alternative therapies that are safe and effective with minimal side effects. Traditional Chinese medicine (TCM) has a long history of significant impact on the treatment of CVDs. The mode of action of natural active ingredients of drugs and the development of new drugs are currently hot topics in research on TCM. Astragalus membranaceus is a commonly used Chinese medicinal herb. Previous studies have shown that Astragalus membranaceus has anti-tumor properties and can regulate metabolism, enhance immunity, and strengthen the heart. Astragaloside IV (AS-IV) is the active ingredient of Astragalus membranaceus, which has a prominent role in cardiovascular diseases. AS-IV can protect against ischemic and hypoxic myocardial cell injury, inhibit myocardial hypertrophy and myocardial fibrosis, enhance myocardial contractility, improve diastolic dysfunction, alleviate vascular endothelial dysfunction, and promote angiogenesis. It can also regulate blood glucose and blood lipid levels and reduce the risk of cardiovascular diseases. In this paper, the mechanism of AS-IV intervention in cardiovascular diseases in recent years is reviewed in order to provide a reference for future research and new drug development.

Cardiac metabolism and its interactions with contraction, growth, and survival of cardiomyocytes.

Stephen Kolwicz,  Suneet Purohit,  Rong Tian (2013)
The network for cardiac fuel metabolism contains intricate sets of interacting pathways that result in both ATP-producing and non-ATP-producing end points for each class of energy substrates. The most salient feature of the network is the metabolic flexibility demonstrated in response to various stimuli, including developmental changes and nutritional status. The heart is also capable of remodeling the metabolic pathways in chronic pathophysiological conditions, which results in modulations of myocardial energetics and contractile function. In a quest to understand the complexity of the cardiac metabolic network, pharmacological and genetic tools have been engaged to manipulate cardiac metabolism in a variety of research models. In concert, a host of therapeutic interventions have been tested clinically to target substrate preference, insulin sensitivity, and mitochondrial function. In addition, the contribution of cellular metabolism to growth, survival, and other signaling pathways through the production of metabolic intermediates has been increasingly noted. In this review, we provide an overview of the cardiac metabolic network and highlight alterations observed in cardiac pathologies as well as strategies used as metabolic therapies in heart failure. Lastly, the ability of metabolic derivatives to intersect growth and survival are also discussed.

Review of the botanical characteristics, phytochemistry, and pharmacology of Astragalus membranaceus (Huangqi).

Juan Juan Fu,  Zenghui Wang,  Linfang Huang … (2014)
Astragalus membranaceus is one of the most widely used traditional Chinese herbal medicines. It is used as immune stimulant, tonic, antioxidant, hepatoprotectant, diuretic, antidiabetic, anticancer, and expectorant. The current paper reviews the botanical characteristics, phytochemistry, and pharmacology of Astragali Radix. Information on Astragali Radix was gathered via the Internet (using Google Scholar, Baidu Scholar, Elsevier, ACS, Medline Plus, CNKI, and Web of Science) as well as from libraries and local books. More than 100 compounds, including flavonoids, saponins, polysaccharides, and amino acids, have so far been identified, and the various biological activities of the compounds have been reported. As an important traditional Chinese medicine, further studies on Astragali Radix can lead to the development of new drugs and therapies for various diseases. The improvement of its utilization should be studied further.