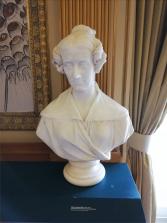 The Admission of Women Fellows to the Royal Geographical Society, 1892-1914; the Controversy and the Outcome