The impact of anxiety upon cognition: perspectives from human threat of shock studies 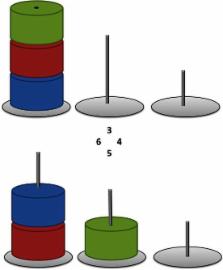 Anxiety disorders constitute a sizeable worldwide health burden with profound social and economic consequences. The symptoms are wide-ranging; from hyperarousal to difficulties with concentrating. This latter effect falls under the broad category of altered cognitive performance which is the focus of this review. Specifically, we examine the interaction between anxiety and cognition focusing on the translational threat of unpredictable shock paradigm; a method previously used to characterize emotional responses and defensive mechanisms that is now emerging as valuable tool for examining the interaction between anxiety and cognition. In particular, we compare the impact of threat of shock on cognition in humans to that of pathological anxiety disorders. We highlight that both threat of shock and anxiety disorders promote mechanisms associated with harm avoidance across multiple levels of cognition (from perception to attention to learning and executive function)—a “hot” cognitive function which can be both adaptive and maladaptive depending upon the circumstances. This mechanism comes at a cost to other functions such as working memory, but leaves some functions, such as planning, unperturbed. We also highlight a number of cognitive effects that differ across anxiety disorders and threat of shock. These discrepant effects are largely seen in “cold” cognitive functions involving control mechanisms and may reveal boundaries between adaptive (e.g., response to threat) and maladaptive (e.g., pathological) anxiety. We conclude by raising a number of unresolved questions regarding the role of anxiety in cognition that may provide fruitful avenues for future research.

Amit Etkin,  Tobias Egner,  Raffael Kalisch (2011)
Negative emotional stimuli activate a broad network of brain regions, including the medial prefrontal (mPFC) and anterior cingulate (ACC) cortices. An early influential view dichotomized these regions into dorsal-caudal cognitive and ventral-rostral affective subdivisions. In this review, we examine a wealth of recent research on negative emotions in animals and humans, using the example of fear or anxiety, and conclude that, contrary to the traditional dichotomy, both subdivisions make key contributions to emotional processing. Specifically, dorsal-caudal regions of the ACC and mPFC are involved in appraisal and expression of negative emotion, whereas ventral-rostral portions of the ACC and mPFC have a regulatory role with respect to limbic regions involved in generating emotional responses. Moreover, this new framework is broadly consistent with emerging data on other negative and positive emotions. Published by Elsevier Ltd.

Section on the Neurobiology of Fear and Anxiety, National Institute of Mental Health Bethesda, MD, USA