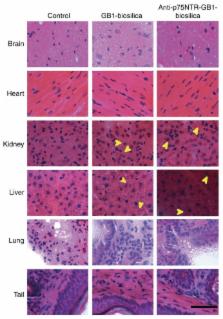 Diatom microalgae are the most outstanding natural source of porous silica. The diatom cell is enclosed in a three-dimensional (3-D) ordered nanopatterned silica cell wall, called frustule. The unique properties of the diatom frustule, including high specific surface area, thermal stability, biocompatibility, and tailorable surface chemistry, make diatoms really promising for biomedical applications. Moreover, they are easy to cultivate in an artificial environment and there is a large availability of diatom frustules as fossil material (diatomite) in several areas of the world. For all these reasons, diatoms are an intriguing alternative to synthetic materials for the development of low-cost drug delivery systems. This review article focuses on the possible use of diatom-derived silica as drug carrier systems. The functionalization strategies of diatom micro/nanoparticles for improving their biophysical properties, such as cellular internalization and drug loading/release kinetics, are described. In addition, the realization of hybrid diatom-based devices with advanced properties for theranostics and targeted or augmented drug delivery applications is also discussed.

Daniel Arcos,  María Mattias Edén,  Francisco Balas (2006)
Research on mesoporous materials for biomedical purposes has experienced an outstanding increase during recent years. Since 2001, when MCM-41 was first proposed as drug-delivery system, silica-based materials, such as SBA-15 or MCM-48, and some metal-organic frameworks have been discussed as drug carriers and controlled-release systems. Mesoporous materials are intended for both systemic-delivery systems and implantable local-delivery devices. The latter application provides very promising possibilities in the field of bone-tissue repair because of the excellent behavior of these materials as bioceramics. This Minireview deals with the advances in this field by the control of the textural parameters, surface functionalization, and the synthesis of sophisticated stimuli-response systems.

Zongxi Li,  Jonathan C Barnes,  Aleksandr Bosoy … (2012)
This tutorial review provides an outlook on nanomaterials that are currently being used for theranostic purposes, with a special focus on mesoporous silica nanoparticle (MSNP) based materials. MSNPs with large surface area and pore volume can serve as efficient carriers for various therapeutic agents. The functionalization of MSNPs with molecular, supramolecular or polymer moieties, provides the material with great versatility while performing drug delivery tasks, which makes the delivery process highly controllable. This emerging area at the interface of chemistry and the life sciences offers a broad palette of opportunities for researchers with interests ranging from sol-gel science, the fabrication of nanomaterials, supramolecular chemistry, controllable drug delivery and targeted theranostics in biology and medicine.

Mehrdad Hamidi,  Amir Azadi,  Pedram Rafiei (2008)
Hydrogel nanoparticles have gained considerable attention in recent years as one of the most promising nanoparticulate drug delivery systems owing to their unique potentials via combining the characteristics of a hydrogel system (e.g., hydrophilicity and extremely high water content) with a nanoparticle (e.g., very small size). Several polymeric hydrogel nanoparticulate systems have been prepared and characterized in recent years, based on both natural and synthetic polymers, each with its own advantages and drawbacks. Among the natural polymers, chitosan and alginate have been studied extensively for preparation of hydrogel nanoparticles and from synthetic group, hydrogel nanoparticles based on poly (vinyl alcohol), poly (ethylene oxide), poly (ethyleneimine), poly (vinyl pyrrolidone), and poly-N-isopropylacrylamide have been reported with different characteristics and features with respect to drug delivery. Regardless of the type of polymer used, the release mechanism of the loaded agent from hydrogel nanoparticles is complex, while resulting from three main vectors, i.e., drug diffusion, hydrogel matrix swelling, and chemical reactivity of the drug/matrix. Several crosslinking methods have been used in the way to form the hydrogel matix structures, which can be classified in two major groups of chemically- and physically-induced crosslinking.