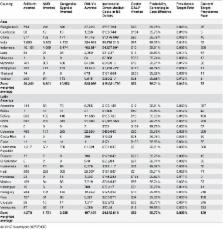 Untreated syphilis in pregnancy is associated with adverse clinical outcomes to the infant. In low- and middle-income countries in Asia and Latin America, 20%-30% of women are not tested for syphilis during pregnancy. We evaluated the cost-effectiveness of increasing the coverage for antenatal syphilis screening in 11 Asian and 20 Latin American countries, using a point-of-care immunochromatographic strip (ICS) test.

The decision analytical cost-effectiveness models reported incremental costs per disability-adjusted life years (DALYs) averted from the perspectives of the national health care payer. Clinical outcomes were stillbirths, neonatal deaths, and congenital syphilis. DALYs were computed using WHO disability weights. Costs included the ICS test, three injections of benzathine penicillin, and nurse wages. Country-specific inputs included the antenatal prevalence of syphilis and the proportion of women in the antenatal care setting that are screened for syphilis infection as reported in the 2014 WHO baseline report on global sexually transmitted infection surveillance. Country-specific data on the annual number of live births, proportion of women with at least one antenatal care visit, and per capita gross national income were also included in the model.

Evidence-based health policy--lessons from the Global Burden of Disease Study.

National, regional, and worldwide estimates of stillbirth rates in 2009 with trends since 1995: a systematic analysis.

Saifuddin Ahmed,  Özge Tunçalp,  Shivam Gupta … (2011)
Stillbirths do not count in routine worldwide data-collating systems or for the Millennium Development Goals. Two sets of national stillbirth estimates for 2000 produced similar worldwide totals of 3·2 million and 3·3 million, but rates differed substantially for some countries. We aimed to develop more reliable estimates and a time series from 1995 for 193 countries, by increasing input data, using recent data, and applying improved modelling approaches. For international comparison, stillbirth is defined as fetal death in the third trimester (≥1000 g birthweight or ≥28 completed weeks of gestation). Several sources of stillbirth data were identified and assessed against prespecified inclusion criteria: vital registration data; nationally representative surveys; and published studies identified through systematic literature searches, unpublished studies, and national data identified through a WHO country consultation process. For 2009, reported rates were used for 33 countries and model-based estimates for 160 countries. A regression model of log stillbirth rate was developed and used to predict national stillbirth rates from 1995 to 2009. Uncertainty ranges were obtained with a bootstrap approach. The final model included log(neonatal mortality rate) (cubic spline), log(low birthweight rate) (cubic spline), log(gross national income purchasing power parity) (cubic spline), region, type of data source, and definition of stillbirth. Vital registration data from 79 countries, 69 nationally representative surveys from 39 countries, and 113 studies from 42 countries met inclusion criteria. The estimated number of global stillbirths was 2·64 million (uncertainty range 2·14 million to 3·82 million) in 2009 compared with 3·03 million (uncertainty range 2·37 million to 4·19 million) in 1995. Worldwide stillbirth rate has declined by 14·5%, from 22·1 stillbirths per 1000 births in 1995 to 18·9 stillbirths per 1000 births in 2009. In 2009, 76·2% of stillbirths occurred in south Asia and sub-Saharan Africa. This study draws attention to the dearth of reliable data in regions where most stillbirths occur. The estimated trend in stillbirth rate reduction is slower than that for maternal mortality and lags behind the increasing progress in reducing deaths in children younger than 5 years. Improved data and improved use of data are crucial to ensure that stillbirths count in global and national policy. The Bill & Melinda Gates Foundation through the Global Alliance to Prevent Prematurity and Stillbirth, Saving Newborn Lives/Save the Children, and the International Stillbirth Alliance. The Department of Reproductive Health and Research, WHO, through the UN Development Programme, UN Population Fund, WHO, and World Bank Special Programme of Research, Development and Research Training in Human Reproduction. Copyright © 2011 Elsevier Ltd. All rights reserved.

Competing Interests: AK is an employee of and owns stock in Celgene Corporation. The remaining authors have declared that no competing interests exist. This does not alter the authors' adherence to PLOS ONE policies on sharing data and materials.

ML is supported through a grant awarded by the European and Developing Countries Clinical Trials Partnership (TA_11_40200_047). Celgene Corporation provided support in the form of salaries for author AK, but did not have any additional role in the study design, data collection and analysis, decision to publish, or preparation of the manuscript.

Data Availability All relevant data are within the paper.
Link to data:
ScienceOpen disciplines: Uncategorized