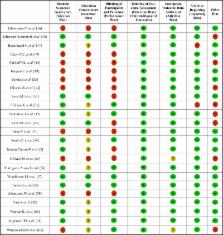 The current meta-analysis aims at evaluating whether the existing clinical evidence may ascertain the effects of growth hormone (GH) replacement therapy on cardiovascular risk, both in isolated GH deficien-cy (GHD) and in compensated panhypopituitarism including GH deficit.

Original articles published from 1991 to 2015 were searched on Medline (Pubmed). Among an overall number of 181 potentially suitable studies, 24 fulfilled the selection criteria and were included in the analysis. Data aggregation was car-ried out through the calculation of the absolute risk reduction. The meta-analysis was then conducted by means of a fixed-effects model, according to the heteroge-neity test (Chi-square statistic).

Fat-free mass (FFM) increase and fat mass (FM) reduction were found, together with a C-LDL reduction, a wide variation in glycaemia and a neutral effect on glycated haemoglobin (HbA1c) and blood pressure. These effects were valid both for isolated GHD patients and for those with compensated panhypopituitarism. The global out-come D showed a nonsignificant reduction of the overall cardiovascular risk (0.53; 95% C.I. -1.23, 2.85).

Our meta-analysis shows no signnificatly positive trend in cardiovascular risk after both short and long-term GH supplementation therapy in adult GHD patients. However, a reduction of LDL cholesterol levels has been found. No differences were found between isolated GHD participants and those affected by panhypopituitarism well compensated since at least 3 months.

Anders Juul Gullach,  Michael Davidsen,  Torben Jørgensen … (2002)
Insulin-like growth factor I (IGF-I) has been suggested to be involved in the pathogenesis of atherosclerosis. We hypothesize that low IGF-I and high IGFBP-3 levels might be associated with increased risk of ischemic heart disease (IHD). We conducted a nested case-control study within a large prospective study on cardiovascular epidemiology (DAN-MONICA). We measured IGF-I and IGFBP-3 in serum from 231 individuals who had a diagnosis of IHD 7.63 years after blood sampling and among 374 control subjects matched for age, sex, and calendar time. At baseline when all individuals were free of disease, subjects in the low IGF-I quartile had significantly higher risk of IHD during the 15-year follow-up period, with a relative risk (RR) of 1.94 (95% CI, 1.03 to 3.66) of IHD compared with the high IGF-I quartile group, when IGFBP-3, body mass index, smoking, menopause, diabetes, and use of antihypertensives were controlled for. Conversely, individuals in the high IGFBP-3 quartile group had an adjusted RR of 2.16 (95% CI, 1.18 to 3.95) of having IHD. Identification of a high-risk population with low IGF-I and high IGFBP-3 levels resulted in markedly higher risk of IHD (RR 4.07; 95% CI, 1.48 to 11.22) compared with the index group. Individuals without IHD but with low circulating IGF-I levels and high IGFBP-3 levels have significantly increased risk of developing IHD during a 15-year follow-up period. Our findings suggest that IGF-I may be involved in the pathogenesis of IHD.

Serum insulin-like growth factor I and risk for heart failure in elderly individuals without a previous myocardial infarction: the Framingham Heart Study.

This is an open access article licensed under the terms of the Creative Commons Attribution-Non-Commercial 4.0 International Public License (CC BY-NC 4.0) ( https://creativecommons.org/licenses/by-nc/4.0/legalcode), which permits unrestricted, non-commercial use, distribution and reproduction in any medium, provided the work is properly cited.