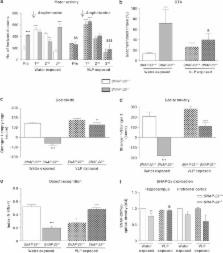 Synaptosomal-associated protein of 25 kDa (SNAP-25) is involved in different neuropsychiatric disorders, including schizophrenia and attention-deficit/hyperactivity disorder. Consistently, SNAP-25 polymorphisms in humans are associated with hyperactivity and/or with low cognitive scores. We analysed five SNAP-25 gene polymorphisms (rs363050, rs363039, rs363043, rs3746544 and rs1051312) in 46 autistic children trying to correlate them with Childhood Autism Rating Scale and electroencephalogram (EEG) abnormalities. The functional effects of rs363050 single-nucleotide polymorphism (SNP) on the gene transcriptional activity, by means of the luciferase reporter gene, were evaluated. To investigate the functional consequences that SNAP-25 reduction may have in children, the behaviour and EEG of SNAP-25 +/− adolescent mice (SNAP-25 +/+) were studied. Significant association of SNAP-25 polymorphism with decreasing cognitive scores was observed. Analysis of transcriptional activity revealed that SNP rs363050 encompasses a regulatory element, leading to protein expression decrease. Reduction of SNAP-25 levels in adolescent mice was associated with hyperactivity, cognitive and social impairment and an abnormal EEG, characterized by the occurrence of frequent spikes. Both EEG abnormalities and behavioural deficits were rescued by repeated exposure for 21 days to sodium salt valproate (VLP). A partial recovery of SNAP-25 expression content in SNAP-25 +/− hippocampi was also observed by means of western blotting. A reduced expression of SNAP-25 is responsible for the cognitive deficits in children affected by autism spectrum disorders, as presumably occurring in the presence of rs363050(G) allele, and for behavioural and EEG alterations in adolescent mice. VLP treatment could result in novel therapeutic strategies.

Thomas C. Südhof, James Rothman (2009)
The two universally required components of the intracellular membrane fusion machinery, SNARE and SM (Sec1/Munc18-like) proteins, play complementary roles in fusion. Vesicular and target membrane-localized SNARE proteins zipper up into an alpha-helical bundle that pulls the two membranes tightly together to exert the force required for fusion. SM proteins, shaped like clasps, bind to trans-SNARE complexes to direct their fusogenic action. Individual fusion reactions are executed by distinct combinations of SNARE and SM proteins to ensure specificity, and are controlled by regulators that embed the SM-SNARE fusion machinery into a physiological context. This regulation is spectacularly apparent in the exquisite speed and precision of synaptic exocytosis, where synaptotagmin (the calcium-ion sensor for fusion) cooperates with complexin (the clamp activator) to control the precisely timed release of neurotransmitters that initiates synaptic transmission and underlies brain function.

Stephen Faraone, Roy H Perlis, Alysa Doyle … (2005)
Results of behavioral genetic and molecular genetic studies have converged to suggest that both genetic and nongenetic factors contribute to the development of attention-deficit/hyperactivity disorder (ADHD). We review this literature, with a particular emphasis on molecular genetic studies. Family, twin, and adoption studies provide compelling evidence that genes play a strong role in mediating susceptibility to ADHD. This fact is most clearly seen in the 20 extant twin studies, which estimate the heritability of ADHD to be .76. Molecular genetic studies suggest that the genetic architecture of ADHD is complex. The few genome-wide scans conducted thus far are not conclusive. In contrast, the many candidate gene studies of ADHD have produced substantial evidence implicating several genes in the etiology of the disorder. For the eight genes for which the same variant has been studied in three or more case-control or family-based studies, seven show statistically significant evidence of association with ADHD on the basis of the pooled odds ratio across studies: DRD4, DRD5, DAT, DBH, 5-HTT, HTR1B, and SNAP-25.