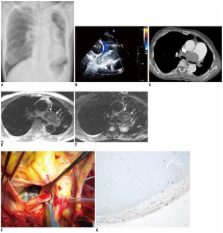 The American College of Rheumatology 1990 criteria for the classification of Takayasu arteritis.

Gene Hunder,  Thomas Lie,  A Fauci … (1990)
Criteria for the classification of Takayasu arteritis were developed by comparing 63 patients who had this disease with 744 control patients with other forms of vasculitis. Six criteria were selected for the traditional format classification: onset at age less than or equal to 40 years, claudication of an extremity, decreased brachial artery pulse, greater than 10 mm Hg difference in systolic blood pressure between arms, a bruit over the subclavian arteries or the aorta, and arteriographic evidence of narrowing or occlusion of the entire aorta, its primary branches, or large arteries in the proximal upper or lower extremities. The presence of 3 or more of these 6 criteria demonstrated a sensitivity of 90.5% and a specificity of 97.8%. A classification tree also was constructed with 5 of these 6 criteria, omitting claudication of an extremity. The classification tree demonstrated a sensitivity of 92.1% and a specificity of 97.0%.

Dissecting aneurysm of the pulmonary artery with pulmonary hypertension.

Dissecting aneurysm of the pulmonary trunk in mitral stenosis.