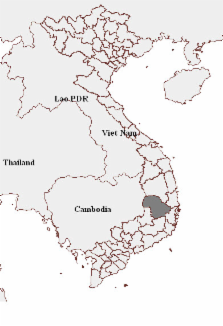 Dengue is a leading cause of severe illness and hospitalization in Vietnam. This study sought to elucidate the linkage between climate factors, mosquito indices and dengue incidence.

Monthly data on dengue cases and mosquito larval indices were ascertained between 2004 and 2008 in the Dak Lak province (Vietnam). Temperature, sunshine, rainfall and humidity were also recorded as monthly averages. The association between these ecological factors and dengue was assessed by the Poisson regression model with adjustment for seasonality.

Potential effect of population and climate changes on global distribution of dengue fever: an empirical model.

A Githeko,  S W Lindsay,  U. Confalonieri … (2000)
Current evidence suggests that inter-annual and inter-decadal climate variability have a direct influence on the epidemiology of vector-borne diseases. This evidence has been assessed at the continental level in order to determine the possible consequences of the expected future climate change. By 2100 it is estimated that average global temperatures will have risen by 1.0-3.5 degrees C, increasing the likelihood of many vector-borne diseases in new areas. The greatest effect of climate change on transmission is likely to be observed at the extremes of the range of temperatures at which transmission occurs. For many diseases these lie in the range 14-18 degrees C at the lower end and about 35-40 degrees C at the upper end. Malaria and dengue fever are among the most important vector-borne diseases in the tropics and subtropics; Lyme disease is the most common vector-borne disease in the USA and Europe. Encephalitis is also becoming a public health concern. Health risks due to climatic changes will differ between countries that have developed health infrastructures and those that do not. Human settlement patterns in the different regions will influence disease trends. While 70% of the population in South America is urbanized, the proportion in sub-Saharan Africa is less than 45%. Climatic anomalies associated with the El Niño-Southern Oscillation phenomenon and resulting in drought and floods are expected to increase in frequency and intensity. They have been linked to outbreaks of malaria in Africa, Asia and South America. Climate change has far-reaching consequences and touches on all life-support systems. It is therefore a factor that should be placed high among those that affect human health and survival.

Scott B Halstead (2007)
The mosquito Aedes aegypti is more widely dispersed now than at any time in the past, placing billions of humans at risk of infection with one or more of the four dengue viruses. This review presents and discusses information on mosquito-dengue infection dynamics and describes the prominent role that temperature and rainfall play in controlling dengue viral transmission including discussions of the effect of interannual climate variations and the predicted effect of global warming. Complementary human determinants of dengue epidemiology include viremia titer, variation in viremic period, enhanced viremias, and threshold viremia. Topics covered include epidemiological phenomena such as traveling waves, the generation of genetic diversity of dengue viruses following virgin soil introductions and in hyperendemic settings, and evidence for and against viral virulence as a determinant of the severity of dengue infections. Also described is the crucial role of monotypic and heterotypic herd immunity in shaping dengue epidemic behavior.