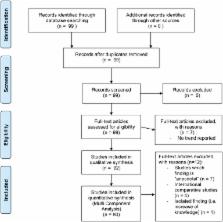 Local and indigenous knowledge is being transformed globally, particularly being eroded when pertaining to ecology. In many parts of the world, rural and indigenous communities are facing tremendous cultural, economic and environmental changes, which contribute to weaken their local knowledge base. In the face of profound and ongoing environmental changes, both cultural and biological diversity are likely to be severely impacted as well as local resilience capacities from this loss. In this global literature review, we analyse the drivers of various types of local and indigenous ecological knowledge transformation and assess the directionality of the reported change. Results of this analysis show a global impoverishment of local and indigenous knowledge with 77% of papers reporting the loss of knowledge driven by globalization, modernization, and market integration. The recording of this loss, however, is not symmetrical, with losses being recorded more strongly in medicinal and ethnobotanical knowledge. Persistence of knowledge (15% of the studies) occurred in studies where traditional practices were being maintained consiously and where hybrid knowledge was being produced as a resut of certain types of incentives created by economic development. This review provides some insights into local and indigenous ecological knowledge change, its causes and implications, and recommends venues for the development of replicable and comparative research. The larger implication of these results is that because of the interconnection between cultural and biological diversity, the loss of local and indigenous knowledge is likely to critically threaten effective conservation of biodiversity, particularly in community-based conservation local efforts.

Parallel extinction risk and global distribution of languages and species.

Donald J A Sutherland (2003)
There are global threats to biodiversity with current extinction rates well above background levels. Although less well publicized, numerous human languages have also become extinct, and others are threatened with extinction. However, estimates of the number of threatened languages vary considerably owing to the wide range of criteria used. For example, languages have been classified as threatened if the number of speakers is less than 100, 500, 1,000, 10,000, 20,000 or 100,000 (ref. 3). Here I show, by applying internationally agreed criteria for classifying species extinction risk, that languages are more threatened than birds or mammals. Rare languages are more likely to show evidence of decline than commoner ones. Areas with high language diversity also have high bird and mammal diversity and all three show similar relationships to area, latitude, area of forest and, for languages and birds, maximum altitude. The time of human settlement has little effect on current language diversity. Although similar factors explain the diversity of languages and biodiversity, the factors explaining extinction risk for birds and mammals (high altitude, high human densities and insularity) do not explain the numbers of endangered languages.

Funded by: Sandisa Imbewu-Rhodes University
Award Recipient :
ORCID: http://orcid.org/0000-0002-6201-0576
Shankar Aswani
We thank the South African National Research Foundation (incentive funding for rated researchers) and Rhodes University for funding this research. The funders had no role in study design, data collection and analysis, decision to publish, or preparation of the manuscript.