Insights into European Drug Shortages: A Survey of Hospital Pharmacists 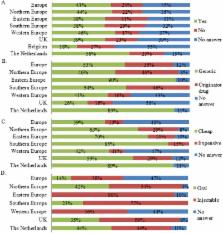 Drug shortages are a complex and global phenomenon. When a drug cannot be delivered at the moment of patient demand, every stakeholder in the health care system is affected. The aim of this study was to investigate the characteristics, clinical impact, financial impact and management of drug shortages in European hospital pharmacies and identify opportunities for prevention and mitigation of drug shortages in Europe. An online survey was designed based on a review of the literature and interviews and was sent to subscribers of Hospital Pharmacy Europe between June and September 2013. Forty-five percent of respondents (n = 161) indicated that life sustaining or life preserving drugs such as oncology drugs were affected by drug shortages. More than 30% of respondents indicated that drug shortages in Europe were always or often associated with increased costs for hospitals, increased personnel costs and more expensive alternative drugs (n = 161). On the question when information about a drug shortage was obtained, 42% of respondents answered that information from the pharmaceutical company was obtained at the time of no delivery, 50% indicated that information from the wholesaler was obtained at the time of no delivery, while 40% of respondents indicated that information was never or rarely received from the government (n = 161). Fifty seven percent of respondents strongly agreed that an obligation to the producer to notify further shortages could help to solve the problem (n = 161). These results showed that pharmaceutical companies and wholesalers are already involved in the management of drug shortages, while a role is still reserved for the government. Mandatory notification in advance and centralized information can help to reduce workload for hospital pharmacists, will allow early anticipation of drug shortages and will facilitate mitigation of the clinical impact on patients.

National survey on the effect of oncology drug shortages on cancer care.

Colleen Westendorf,  R Müller,  L Holle … (2013)
The results of a survey to characterize oncology drug shortages across the United States and the impact of shortages on clinical practice, patient safety, clinical trials, and health care costs are presented. A 34-item online survey was distributed to 1672 members of the Hematology/Oncology Pharmacy Association and other organizations to gather information on shortages of oncology drugs (i.e., all drugs essential in the care of cancer patients, including supportive care agents). Two hundred forty-three completed responses, almost all from pharmacists (97%), were analyzed. Delays in chemotherapy administration or changes in treatment regimens due to drug shortages were reported by 93% of survey participants; 85% of respondents reported increased costs, and 10% reported reimbursement challenges related to drug shortages. At 34% of represented institutions, at least 1000 hours of additional labor annually was needed to manage shortages. Changes in therapy leading to near-miss errors were reported by 16% of participants, with 6% reporting one or more actual medication errors attributable to a drug shortage. The oncology medications most frequently reported to be in short supply during the preceding 12 months were fluorouracil, leucovorin, liposomal doxorubicin, and paclitaxel. The conduct of clinical trials was affected by drug shortages at 44% of represented institutions. A survey of U.S. oncology pharmacists indicated that oncology drug shortages occurred frequently in the first half of 2011. Shortages led to delays in chemotherapy and changes in therapy, complicated the conduct of clinical research, increased the risks of medication errors and adverse outcomes, and increased medication costs.

J. Woodcock,  M Wosinska (2012)
Over the past few years, an increasing number of critically needed medicines have been in short supply. Using economic theory to frame the drug-shortage problem, this paper explores why and how manufacturing-quality problems could combine with other economic and technological factors to result in shortages of generic sterile injectable drugs. The fundamental problem we identify is the inability of the market to observe and reward quality. This lack of reward for quality can reinforce price competition and encourage manufacturers to keep costs down by minimizing quality investments. The US Food and Drug Administration's (FDA's) need to use its regulatory flexibility, on behalf of patients, to avoid shortages of medically necessary drugs may further strengthen the incentive to "push the envelope" on quality. These dynamics may have produced a market situation in which quality problems have become sufficiently common and severe to result in drug shortages.

Competing Interests: The work was financially supported by TEVA. The research was carried out independently by KU Leuven and the final manuscript was approved by TEVA. None of the authors is employed by TEVA. MC is member of the Scientific Advice Working Party at EMA. The authors have declared that no other competing interests exist. This does not alter the authors’ adherence to PLOS ONE policies on sharing data and materials.