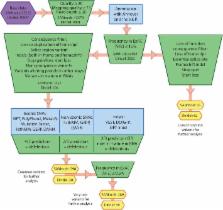 Deafness is a highly heterogenous disorder with over 100 genes known to underlie human non-syndromic hearing impairment. However, many more remain undiscovered, particularly those involved in the most common form of deafness: adult-onset progressive hearing loss. Despite several genome-wide association studies of adult hearing status, it remains unclear whether the genetic architecture of this common sensory loss consists of multiple rare variants each with large effect size or many common susceptibility variants each with small to medium effects. As next generation sequencing is now being utilised in clinical diagnosis, our aim was to explore the viability of diagnosing the genetic cause of hearing loss using whole exome sequencing in individual subjects as in a clinical setting.

Every individual carried predicted pathogenic variants in at least ten deafness-associated genes; similar findings were obtained from an analysis of the 1000 Genomes Project data unselected for hearing status. We have identified putative causal variants in known deafness genes and several novel candidate genes, including NEDD4 and NEFH that were mutated in multiple individuals.

The high frequency of predicted-pathogenic variants detected in known deafness-associated genes was unexpected and has significant implications for current diagnostic sequencing in deafness. Our findings suggest that in a clinic setting, efforts should be made to a) confirm key sequence results by Sanger sequencing, b) assess segregations of variants and phenotypes within the family if at all possible, and c) use caution in applying current pathogenicity prediction algorithms for diagnostic purposes. We conclude that there may be a high number of pathogenic variants affecting hearing in the ageing population, including many in known deafness-associated genes. Our findings of frequent predicted-pathogenic variants in both our hearing-impaired sample and in the larger 1000 Genomes Project sample unselected for auditory function suggests that the reference population for interpreting variants for this very common disorder should be a population of people with good hearing for their age rather than an unselected population.

Zhenbang Chen,  Sung-Gil Chi,  Tom Misteli … (2007)
The PTEN tumor suppressor is frequently affected in cancer cells, and inherited PTEN mutation causes cancer-susceptibility conditions such as Cowden syndrome. PTEN acts as a plasma-membrane lipid-phosphatase antagonizing the phosphoinositide 3-kinase/AKT cell survival pathway. However, PTEN is also found in cell nuclei, but mechanism, function, and relevance of nuclear localization remain unclear. We show that nuclear PTEN is essential for tumor suppression and that PTEN nuclear import is mediated by its monoubiquitination. A lysine mutant of PTEN, K289E associated with Cowden syndrome, retains catalytic activity but fails to accumulate in nuclei of patient tissue due to an import defect. We identify this and another lysine residue as major monoubiquitination sites essential for PTEN import. While nuclear PTEN is stable, polyubiquitination leads to its degradation in the cytoplasm. Thus, we identify cancer-associated mutations of PTEN that target its posttranslational modification and demonstrate how a discrete molecular mechanism dictates tumor progression by differentiating between degradation and protection of PTEN.

Mutations in the seed region of human miR-96 are responsible for nonsyndromic progressive hearing loss.

Matías Morín,  L Aguirre,  Silvia Modamio-Hoybjor … (2009)
MicroRNAs (miRNAs) bind to complementary sites in their target mRNAs to mediate post-transcriptional repression, with the specificity of target recognition being crucially dependent on the miRNA seed region. Impaired miRNA target binding resulting from SNPs within mRNA target sites has been shown to lead to pathologies associated with dysregulated gene expression. However, no pathogenic mutations within the mature sequence of a miRNA have been reported so far. Here we show that point mutations in the seed region of miR-96, a miRNA expressed in hair cells of the inner ear, result in autosomal dominant, progressive hearing loss. This is the first study implicating a miRNA in a mendelian disorder. The identified mutations have a strong impact on miR-96 biogenesis and result in a significant reduction of mRNA targeting. We propose that these mutations alter the regulatory role of miR-96 in maintaining gene expression profiles in hair cells required for their normal function.