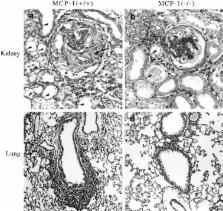 Lymphoproliferation disorder in mice explained by defects in Fas antigen that mediates apoptosis.

Jessica N Copeland,  R L H Watanabe,  R Fukunaga … (1992)
Fas antigen is a cell-surface protein that mediates apoptosis. It is expressed in various tissues including the thymus and has structural homology with a number of cell-surface receptors, including tumour necrosis factor receptor and nerve growth factor receptor. Mice carrying the lymphoproliferation (lpr) mutation have defects in the Fas antigen gene. The lpr mice develop lymphadenopathy and suffer from a systemic lupus erythematosus-like autoimmune disease, indicating an important role for Fas antigen in the negative selection of autoreactive T cells in the thymus.