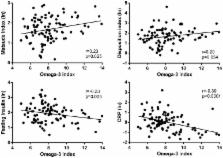 Frank L. J. Visseren,  W. Van Den Wollenberg,  W Van der Pol … (2008)
The classical perception of adipose tissue as a storage place of fatty acids has been replaced over the last years by the notion that adipose tissue has a central role in lipid and glucose metabolism and produces a large number of hormones and cytokines, e.g. tumour necrosis factor-alpha, interleukin-6, adiponectin, leptin, and plasminogen activator inhibitor-1. The increased prevalence of excessive visceral obesity and obesity-related cardiovascular risk factors is closely associated with the rising incidence of cardiovascular diseases and type 2 diabetes mellitus. This clustering of vascular risk factors in (visceral) obesity is often referred to as metabolic syndrome. The close relationship between an increased quantity of visceral fat, metabolic disturbances, including low-grade inflammation, and cardiovascular diseases and the unique anatomical relation to the hepatic portal circulation has led to an intense endeavour to unravel the specific endocrine functions of this visceral fat depot. The objective of this paper is to describe adipose tissue dysfunction, delineate the relation between adipose tissue dysfunction and obesity and to describe how adipose tissue dysfunction is involved in the development of diabetes mellitus type 2 and atherosclerotic vascular diseases. First, normal physiology of adipocytes and adipose tissue will be described.

Blood levels of long-chain n-3 fatty acids and the risk of sudden death.