Intrathecal Drug Delivery: Advances and Applications in the Management of Chronic Pain Patient 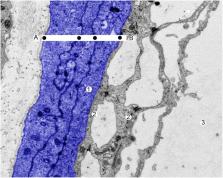 Advances in our understanding of the biology of spinal systems in organizing and defining the content of exteroceptive information upon which higher centers define the state of the organism and its role in the regulation of somatic and automatic output, defining the motor response of the organism, along with the unique biology and spatial organization of this space, have resulted in an increased focus on therapeutics targeted at this extracranial neuraxial space. Intrathecal (IT) drug delivery systems (IDDS) are well-established as an effective therapeutic approach to patients with chronic non-malignant or malignant pain and as a tool for management of patients with severe spasticity and to deliver therapeutics that address a myriad of spinal pathologies. The risk to benefit ratio of IDD makes it a useful interventional approach. While not without risks, this approach has a significant therapeutic safety margin when employed using drugs with a validated safety profile and by skilled practioners. The present review addresses current advances in our understanding of the biology and dynamics of the intrathecal space, therapeutic platforms, novel therapeutics, delivery technology, issues of safety and rational implementation of its therapy, with a particular emphasis upon the management of pain.

Antoine Louveau, Igor Smirnov, Timothy Keyes … (2015)
One of the characteristics of the CNS is the lack of a classical lymphatic drainage system. Although it is now accepted that the CNS undergoes constant immune surveillance that takes place within the meningeal compartment 1–3 , the mechanisms governing the entrance and exit of immune cells from the CNS remain poorly understood 4–6 . In searching for T cell gateways into and out of the meninges, we discovered functional lymphatic vessels lining the dural sinuses. These structures express all of the molecular hallmarks of lymphatic endothelial cells, are able to carry both fluid and immune cells from the CSF, and are connected to the deep cervical lymph nodes. The unique location of these vessels may have impeded their discovery to date, thereby contributing to the long-held concept of the absence of lymphatic vasculature in the CNS. The discovery of the CNS lymphatic system may call for a reassessment of basic assumptions in neuroimmunology and shed new light on the etiology of neuroinflammatory and neurodegenerative diseases associated with immune system dysfunction.

Aleksanteri Aspelund, Salli Antila, Steven Proulx … (2015)
Aspelund et al. discover the presence of a lymphatic vessel network in the dura mater of the mouse brain and show that these dural lymphatic vessels are important for the clearance of macromolecules from the brain.

C Cleeland, R Gonin, A Hatfield … (1994)
Pain is often inadequately treated in patients with cancer. A total of 1308 outpatients with metastatic cancer from 54 treatment locations affiliated with the Eastern Cooperative Oncology Group rated the severity of their pain during the preceding week, as well as the degree of pain-related functional impairment and the degree of relief provided by analgesic drugs. Their physicians attributed the pain to various factors, described its treatment, and estimated the impact of pain on the patients' ability to function. We assessed the adequacy of prescribed analgesic drugs using guidelines developed by the World Health Organization, studied the factors that influenced whether analgesia was adequate, and determined the effects of inadequate analgesia on the patients' perception of pain relief and functional status. Sixty-seven percent of the patients (871 of 1308) reported that they had had pain or had taken analgesic drugs daily during the week preceding the study, and 36 percent (475 of 1308) had pain severe enough to impair their ability to function. Forty-two percent of those with pain (250 of the 597 patients for whom we had complete information) were not given adequate analgesic therapy. Patients seen at centers that treated predominantly minorities were three times more likely than those treated elsewhere to have inadequate pain management. A discrepancy between patient and physician in judging the severity of the patient's pain was predictive of inadequate pain management (odds ratio, 2.3). Other factors that predicted inadequate pain management included pain that physicians did not attribute to cancer (odds ratio, 1.9), better performance status (odds ratio, 1.8), age of 70 years or older (odds ratio, 2.4), and female sex (odds ratio, 1.5). Patients with less adequate analgesia reported less pain relief and greater pain-related impairment of function. Despite published guidelines for pain management, many patients with cancer have considerable pain and receive inadequate analgesia.

This article was submitted to Neuromodulatory Interventions, a section of the journal Frontiers in Pain Research